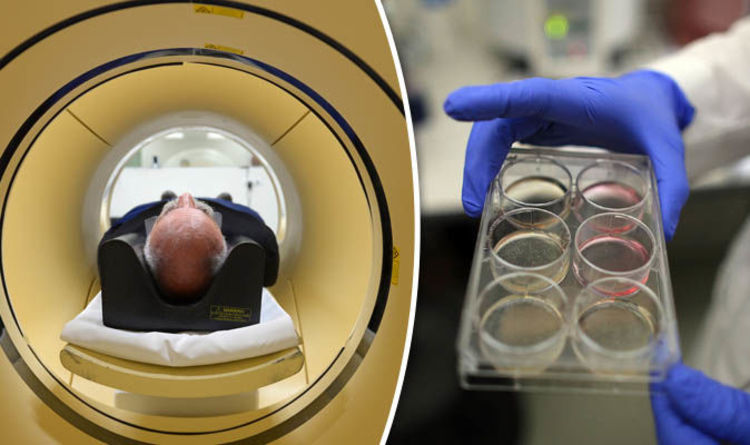 A study has found the proteins that clump in the brain causing devastating memory problems and confusion come in different strains.

These are linked with a variety of different types of dementia such as those that run in families and more common late-onset or sporadic forms, according to new research.

What’s more the distinctive proteins are a mutant type of amyloid beta – triggering more of them to collect in ‘plaques’ and grow.

“Probes that are more sensitive will result in earlier Alzheimer’s disease detection – providing a longer time frame for therapeutic interventions in mild – or even sub-clinical – patients.“

His study was carried out on brain samples donated by 41 patients who had died from Alzheimer’s.

It used fluorescent dyes that bind to amyloid-binding and with high-resolution imaging analysis showing disease types were associated with individual strains of the protein.

The findings published in Proceedings of the National Academy of Scientists also indicated mutant amyloid-beta adopts the disease-causing, self-propagating structure of the protein.

By the time many people are diagnosed the disease has already progressed to a severe stage.

Earlier detection would mean more effective therapies for preventing its onset can be found.

The latest research identified and measured the proteins – known as amyloid beta and tau – believed to be behind the illness.

It’s already known when amyloid – which is found in healthy brains – develops into tangles it leads to dementia.

Professor DeGrado said: “An expanding body of evidence argues that the amyloid-beta and tau proteins share important characteristics of prion propagation to cause pathogenesis in Alzheimer’s disease (AD).

“Amyloid-beta and tau form a number of amyloids with distinct strains strains – some of which give rise to different diseases and associated pathologies.

“We develop new probes of amyloid structure and use these to identify conformational strains of amyloid-beta in heritable and sporadic forms of Alzheimer’s disease patient samples.

“We demonstrate that distinct strains of amyloid-beta can be discerned in different disease types – or in different brain compartments within a given patient.”

A few decades ago only a few medical specialists would have heard of Alzheimer’s. ‘Senility’ was considered inevitable for anyone who lived long enough.

As understanding of the brain has grown, science has been able to identify and differentiate many causes of dementia.

Alzheimer’s is the most common type but other brain disorders can and do frequently cause dementia.

These often present themselves with very similar symptoms. Even trained doctors may have a trouble determining for certain which type of dementia a patient has.

Some people experience multiple types of dementia concurrently – which is called ‘mixed dementia’.

New technologies are allowing doctors to diagnose and distinguish different types of dementias better than ever before.

Professor DeGrado said: “Our findings may potentially explain the spectrum of clinical and pathologic features observed in Alzheimer’s disease.”