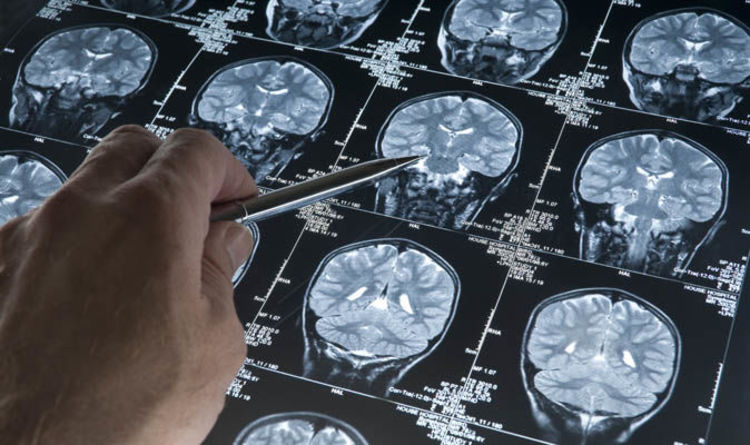 Researchers have found the drug, which destroys the tau proteins that kill neurons in the brain, can dramatically slow mental decline in just nine months.

And in some patients the rate of decline returned to that seen in elderly people with healthy brains, said scientists.

But in a bizarre twist the potentially revolutionary medication does not work when taken in combination with current dementia drugs that can only target symptoms – not the cause.

The drug LMTX was invented by Professor Claude Wischik from the University of Aberdeen and has been developed by TauRx Pharmaceuticals – the spin-off company he co-founded in 2002.

The drug had been hailed as a major breakthrough in the battle against dementia after early testing showed it could slow the onset of the disease by up to two years.

It destroys a protein called tau which – in Alzheimer’s patients – breaks away from brain cells and becomes toxic, killing neurons.

LMTX is the first drug to be developed that blocks it – offering hope to more than 520,000 people with Alzheimer’s, the main form of dementia, in the UK alone.

The latest study published in the Journal of Alzheimer’s Disease follows a similar trial earlier this year that suggested LMTX could be effective – even at such a low dose.

It investigated its efficacy and safety in participants with mild Alzheimer’s recruited across 12 countries who were given either 100 or 4 mg – intended as the control dose – twice daily over an 18-month period.

Prof Wischik said in both those taking only LMTX or other dementia drugs as well their loss of brain cells – measured by MRI scans – initially progressed as expected for mild Alzheimer’s.

But after nine months of treatment the yearly rate of neuron loss in the former group reduced significantly.

In fact it became typical of that reported in normal elderly controls without Alzheimer’s.

But the comparable rate seen in those also using other therapies – known as the ‘add-on group’ – progressed as usual for mild Alzheimer’s.

TauRx now aims to develop LMTX as a single treatment – or ‘monotherapy’ – of mild to moderate Alzheimer’s.

There is currently no other drug available or in prospect for the treatment of Alzheimer’s capable of reversing it.

Further randomised controlled studies of LMTX are set to commence shortly in which the 4 mg twice daily dose will be compared with placebo in patients with Alzheimer’s who are not receiving other approved treatments – cholinesterase inhibitors or memantine.

Lead author Prof Gordon Wilcock, of the Nuffield Department of Clinical Neurosciences at Oxford University, said: “These data indicate the need for a further randomised controlled trial to evaluate efficacy of low dose LMTX in patients not taking current treatments.”

But other experts said the study numbers were to small to prove the drug – known as LMTX – is an effective treatment.

Dr James Pickett, head of research at Alzheimer’s Society, said: “We have been waiting more than 15 years for a new drug for dementia.

“Most of the drugs tested so far have targeted the Alzheimer’s hallmark amyloid protein.

“This was the first large-scale trial to target another potential culprit, the tau protein. From the results that we have seen, we cannot say that LMTX is an effective drug for Alzheimer’s.

“However we look forward to seeing other innovative approaches to drug development in dementia – including targeting treatments at more than just the amyloid protein.”