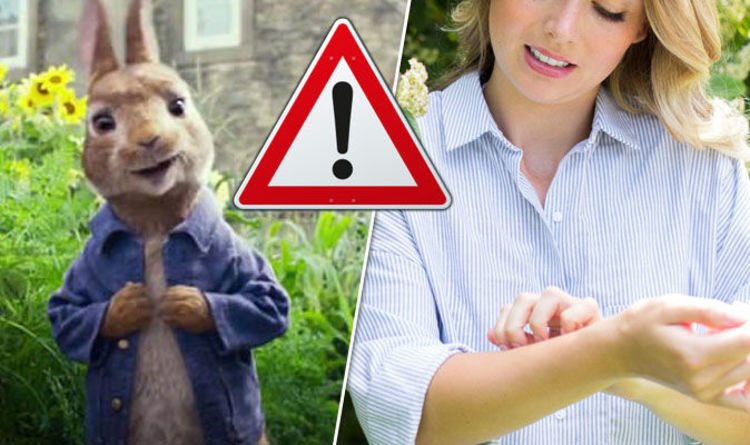 The creators behind the new Peter Rabbit film apologised after a scene in the film saw the leading character and his friends throw blackberries at a man who was allergic to the berries.

The charity wants the film to be withdrawn, as it shows a “complete lack of understanding of the seriousness of food allergies”, it said.

Anaphylaxis is a severe and life-threatening reaction to a trigger, such as an allergy to food, according to the NHS.

“To include a scene in a children’s film that includes a serious allergic reaction and not to do it responsibly is unacceptable, as is bullying.

“Mocking allergic disease shows a complete lack of understanding of the seriousness of food allergy and trivialises the challenges faced by those who live with this condition, particularly parents who live in fear of their child suffering a life threatening reaction.

“We expect to see a significant response from our community, and we will be communicating with the production company about  the film’s withdrawal.”

Anaphylaxis, which is also known as anaphylactic shock, usually develops suddenly, and gets worse very fast.

Signs of the condition include feeling lightheaded or faint, and shallow breathing.

Having a fast heartbeat, confusion, anxiety and having clammy skin could also be signs of a reaction.

The NHS said: “There may also be other allergy symptoms, including an itchy, raised rash [hives], feeling or being sick, swelling [angioedema], or stomach pain.”

Anaphylaxis is a medical emergency.

If someone is showing symptoms of analwphylactic shock, the first thing you should do is dial 999 for an ambulance.

If possible, remove anything that may be causing the reaction. That could include food, or any wasp or bee stings in the skin.

Lie the patient down flat, and use an adrenaline auto-injector if they have one, the NHS advised.