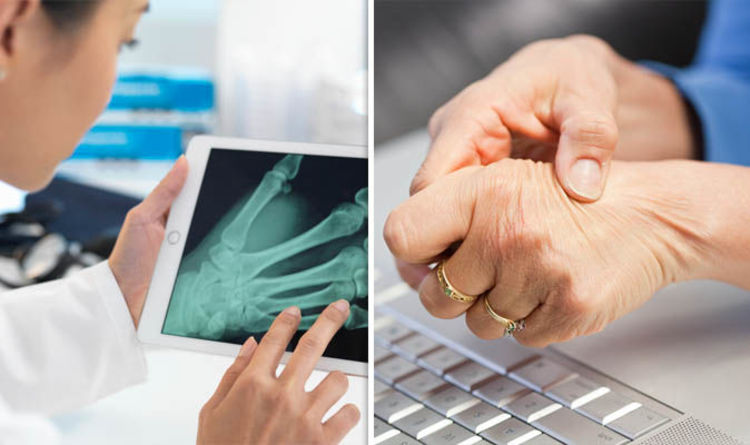 Hand osteoarthritis is estimated to affect nearly a third of people over the age of 70.

But the first-line treatments – paracetamol, non-steroidal anti-inflammatory drugs or opioids – are often not effective and some patients experience adverse reactions.

Doctors have instead been using hydroxychloroquine as an off-label alternative.

But a study led by the University of Leeds found no benefit in taking hydroxychloroquine to control debilitating pain when compared to a placebo.

Prescription drugs are licensed for certain conditions, but off-label use means doctors are using them to treat illnesses outside of that designated or authorised list.

Researchers said it is not clear how often doctors use hydroxychloroquine off-label although it is believed to be a common practice.

The study involved 248 patients at 13 NHS hospitals in England. All of them had the condition for at least five years and had changes to the joints in their hands consistent with osteoarthritis.

The participants all reported moderate to severe pain on at least half of the days in the previous three months to the study commencing.

The study found that patients initially reported a small reduction in the severity of pain before the improvement plateaued. However, that change was seen in both the group receiving the medication and the group taking the placebo.

Measurements of grip strength and the structural damage existing in patients’ joints were similar for both groups.

Lead researcher Dr Sarah Kingsbury said: “There is some scientific basis as to why hydroxychloroquine could be an effective drug agent.

“It is known to target inflammation in the joints and is a recognised and licensed treatment for rheumatoid arthritis.

“There is increasing evidence that inflammation is a factor in osteoarthritis. So doctors have used hydroxychloroquine off-label, in a way that it was not licensed for, to try and control symptoms and pain.

“But until now, there has not been a large-scale study into whether using hydroxychloroquine works. And our evidence shows that for most patients it is not an effective treatment.”

Osteoarthritis of the hand is a painful and disabling condition which tends to affect people as they get older.

It can stop people from carrying out everyday activities and can limit their quality of life.

The study, published in the journal Annals of Internal Medicine, was funded by Arthritis Research UK.

Figures from Arthritis Research UK show 8.75 million people over the age of 45 have sought treatment for all types of osteoarthritis.

One third have to stop working or reduce their working hours because of the pain of the condition.

According to the charity, hand osteoarthritis is more commonly seen in people whose occupations required increased manual dexterity.

Dr Natalie Carter, head of research liaison and evaluation at the charity, said: “While this drug is known to be effective for some forms of inflammatory arthritis, such as rheumatoid arthritis, this study does not back up its use for hand osteoarthritis.

“Hand osteoarthritis can have a huge impact on a person’s life, limiting their ability to live independently and carry out everyday tasks such as dress, wash and cook for themselves.

“It is vital that we invest in research to improve the treatment options available to people with this condition. Anyone concerned about the effectiveness of their treatment should seek advice from their doctor.”