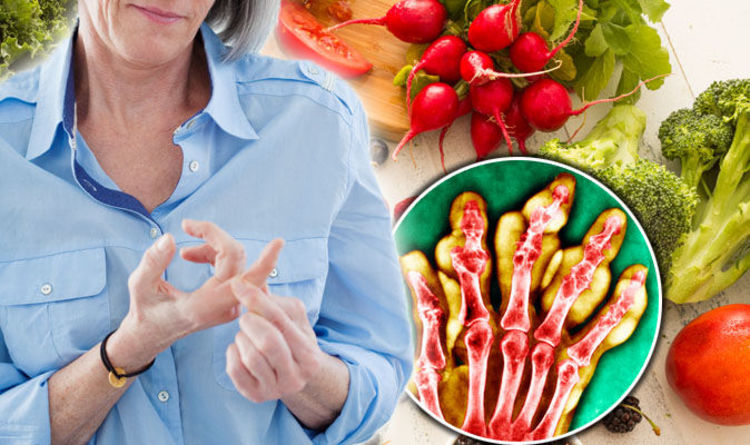 Arthritis is a common condition that can cause joint pain and inflammation, according to the NHS.

Other symptoms of arthritis include stiffness, restricted movement and muscle wasting.

Some treatments and therapies could help to ease arthritis pain.

But, eating more broccoli could help to prevent and reduce arthritis symptoms, scientists have claimed.

Eating broccoli could lower the risk of developing joint pain, according to scientists from the University of East Anglia.

The cruciferous vegetable contains the compound sulforaphane, which was revealed to have anti-cancer and anti-inflammatory properties.

But, the researchers found the compound could get into joints in sufficient amounts to reduce arthritis pain.

The findings could help the UK’s eight and a half million osteoarthritis patients, the scientists added.

“Osteoarthritis is a major cause of disability,” said researcher Ian Clark.

“It is a huge health burden but a huge financial burden too, which will get worse in an increasingly ageing and obese population such as ours.

“As well as treating those who already have the condition, you need to be able to tell healthy people how to protect their joints into the future.

“There is currently no way in to the disease pharmaceutically and you cannot give healthy people drugs unnecessarily, so this is where diet could be a safe alternative.”

The arthritis-fighting compound sulforaphane is also found in Brussel sprouts and cabbage.

Eating more vegetables could help to prevent arthritis, according to the Arthritis Foundation.

You could also prevent arthritis by eating more omega-3 fatty acids and by losing weight, if you’re obese.