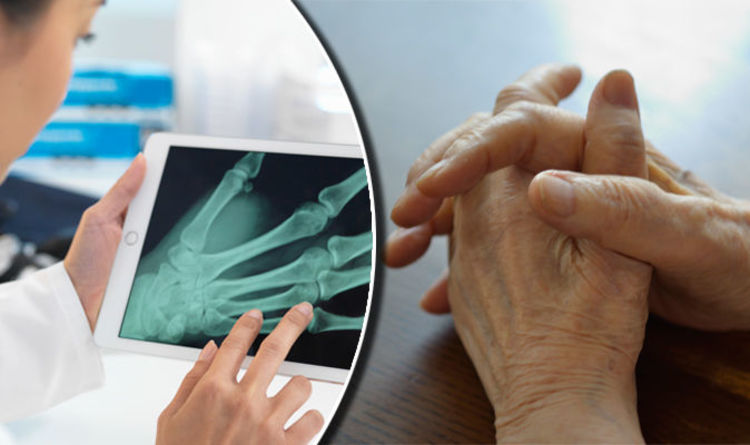 Arthritis affects around ten million people in the UK, however there are a number of different forms.

Rheumatoid arthritis is the second most common type after osteoarthritis, with around one per cent of the population suffering.

It is an autoimmune disorder that leads to inflammation of the joints, and causes them to hurt.

The condition can leave people suffering for years and make everyday activities difficult, according to Arthritis Research UK.

However spotting rheumatoid arthritis early could lead to effective treatments such as medication, surgery or physical therapies.

Interestingly, some of the initial signs of the condition seem to have nothing to do with the joints at all.

For instance, numbness and tingling in the hands may be an indicator.

This is because inflammation of the tendons can put pressure on the nerves.

However, changes in your joints also remain key indicators.

These include joint stiffness, which usually begins in the hands and can then progress.

This may be followed by joint tenderness or pain during movement or rest.

In the early stages of rheumatoid arthritis, pain is commonly felt in the fingers and wrists.

This may then progress to the knees, feet, ankles or shoulders too.

Signs of rheumatoid arthritis tend to begin slowly and can come and go in bouts.

The severity of the disease varies, with three-quarters experiencing some joint pain, swelling and flare-ups, however five per cent of people will develop severe disease with extensive disability, according to Arthritis Research UK.