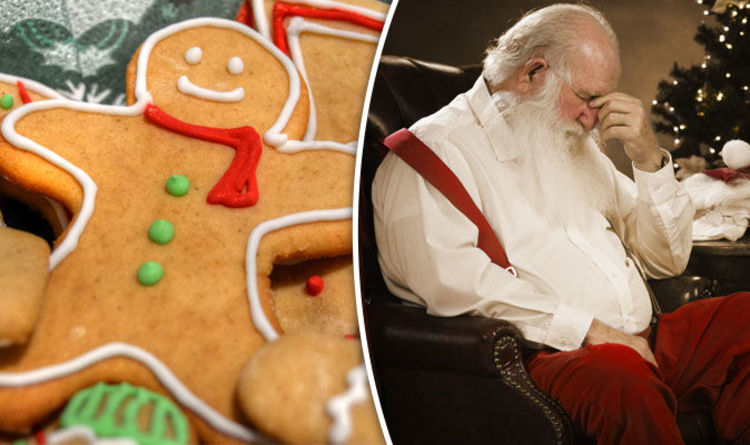 Gingerbread can be first traced back to Elizabeth I, when she had ginger biscuits made in the shape of some of her guests.

But, more than 400 years later, gingerbread has become a staple part of the festive season in the UK, with some families baking gingerbread (snow)men or houses as an annual tradition.

Eating gingerbread this year could bring more Christmas tidings, as some scientists have claimed ginger could help to reduce inflammation.

Inflammation is one of the signs of arthritis, according to the NHS.

Ginger could lower the amount of inflammatory chemicals the body makes, scientists have claimed.

The compound helps to ease joint pain and discomfort, it’s been claimed.

“Ginger is a relatively well-tolerated herbal remedy with minor side-effects. The most commonly reported side-effects are stomach upset and mouth irritation.”

A study claimed arthritis patients, that were taking ginger supplements and ibuprofen, experienced a significant reduction in joint pain, compared to those taking tablets with no medical effect.

There is currently no cure for arthritis, but some medications and supplements could help to reduce symptoms.

About 10 million people in the UK have the condition, including people of all ages.

The most common forms of the condition are osteoarthritis and rheumatoid arthritis. But, other types of arthritis include gout, lupus, psoriatic arthritis and fibromyalgia.

Painkillers, NSAIDs and corticosteroids were the best way to treat osteoarthritis, according to the NHS.