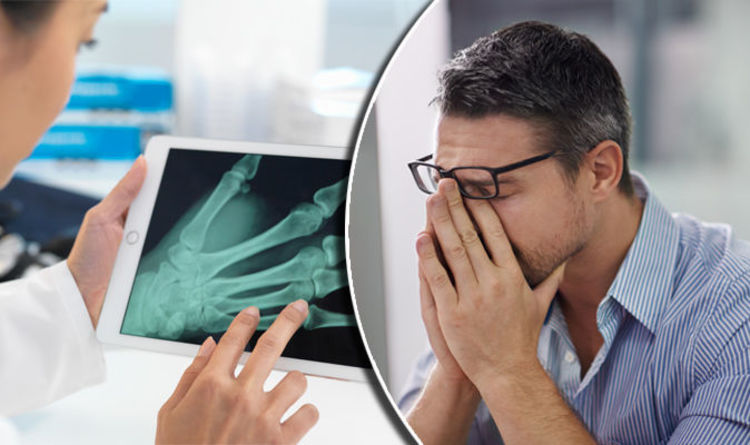 Arthritis affects around 10 million people in the UK, and causes pain and inflammation of the joint.

Osteoarthritis is the most common type, and often targets the hands, knees, spine and hips.

It is caused when the cartilage lining starts to roughen and thin out, according to the NHS.

The second most prevalent form of arthritis is rheumatoid arthritis, and occurs when the body’s immune system affects the joints, leading to pain and swelling.

This can cause a change in the joint’s shape, triggering it to break down.

However, these three symptoms may be less well known.

According to the NHS, if your joints make a grating or crackling sound it could indicate the condition.

Research found that among people who said their knees “sometimes” or “often” made noise, around eight per cent developed knee arthritis symptoms in the next year.

Another lesser known symptom of osteoarthritis is muscle loss.

Known as muscle wastage, it is often due to a lack of physical activity.

Arthritis may cause this due to joint issues leading to a lack of movement.

Rheumatoid arthritis can lead to inflammation that affects other areas of the body.

According to the NHS, additional unusual symptoms include tiredness, a fever, sweating, a poor appetite and weight loss.