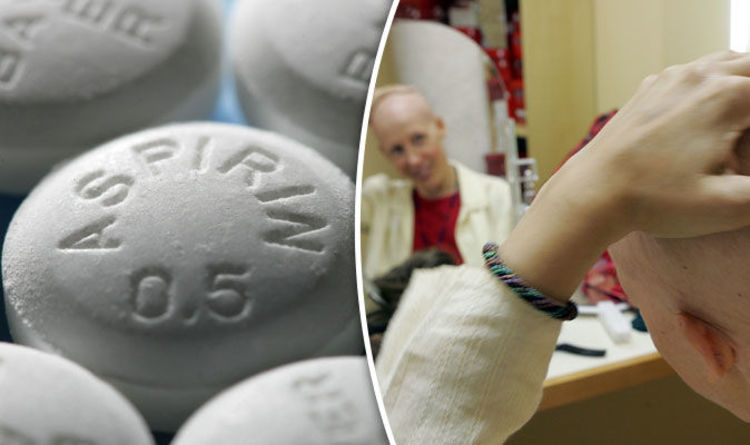 Scientists said taking a low dose for at least six months can reduce the chances of being struck down by almost 50 per cent.

A study involving more than 600,000 people found the common over-the-counter drug was especially effective against types of the killer disease which start in the digestive system.

The risk of cancers affecting the liver and oesophagus were cut by 47 per cent and those beginning in the stomach, pancreas and bowel fell by 38, 34 and 24 per cent respectively.

Aspirin was also found to dramatically reduce cancers of the lung, blood and prostate gland by as much as a third.

Professor Kelvin Tsoi, from the Chinese University of Hong Kong, where the landmark study took place, said: “Long-term use of aspirin – 80mg daily – can significantly reduce digestive cancer incidence. Similar benefits were observed in some other nondigestive cancers such as leukaemia, lung and prostate cancer.

“Long-term use showed 24 to 47 per cent significant reduction on major cancers in the gastro-intestinal [GI] tract, including colorectal, liver, oesophagus, pancreas and stomach.”

Long-term aspirin use cut the risk of prostate cancer by 14 per cent, leukaemia by 24 per cent and lung cancer by 35 per cent.

There was no significant protection against breast, bladder, kidney and multiple myeloma cancers.

Millions of Britons take a daily aspirin which can stave off heart attacks and strokes by preventing blood clots.

Costing as little as 2p per dose, the drug works as a painkiller by blocking inflammation in the body. Researchers analysed the records of 618,884 patients, 206,295 of whom took aspirin and 412,589 who did not.

The participants, whose average age was 67, were followed for up to 14 years. Those who had taken aspirin had done so for at least six months with the average duration and daily dose 7.7 years and 80mg.

Cancer was diagnosed in 98,533 people over the study period. Professor Tsoi said: “Aspirin is an anti-inflammatory but this was an observational study. We can’t say why it seems to help prevent gastro-intestinal cancers in particular.”

The findings, to be presented at the United European Gastroenterology Week conference in Barcelona, come as tests take place on 11,000 Britons who have recently had, or are having, treatment for bowel, breast, oesophageal, prostate or stomach cancer.

The race for a cure for one of the world’s most feared diseases comes as forecasts show half of people born in the early 1960s and beyond will develop cancer at some point in their lives.

Dr Jasmine Just, of Cancer Research UK which is funding the study with the National Institute for Health Research, said: “While there’s good evidence aspirin can reduce the risk of bowel cancer in some people, even with these results it’s not yet entirely clear if aspirin can do the same for other cancers.”