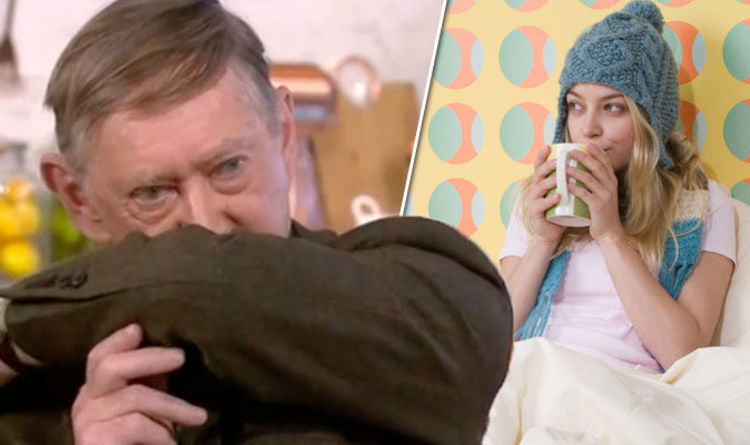 Aussie flu is worrying a leading expert on the influenza virus, as cases continue to rise in the over-65s.

The public should prepare themselves for a flu epidemic, as the spread of the deadly infection continues to rise, said Professor John Oxford.

He recommended coughing into your elbow instead of your hands, as people were less likely to touch you there.

Aussie flu has spread throughout the UK, and has been recorded in every postcode.

“It is not an epidemic at the moment,” said Professor Oxford. Speaking on ITV’s This Morning, he said: “It is worrying, I am a bit worried myself. I’m particularly worried by figures that show it is creeping into the [over] 65 group.

“We haven’t had a big flu year for several years, but this year it could be an epidemic. The curve for figures of deaths is going up but we don’t know if it is going to keep going up.

Prepare yourself as if it is going up.”

Oxford suggested staying at least five foot away from other people to lower your risk of becoming infected with the H3N2 virus.

“Social distancing – keep away from people. About five foot minimum,” he said.

“The other thing you can do is, cough into your elbow, as no-one ever grasps your elbow, so you can’t pass it on.”

The cough – dubbed the Vampire Cough – could lower the spread of the infection.

Public Health England and the NHS recommended coughing or sneezing into a tissue, and throwing it away immediately.

The flu jab could also help to protect against the Aussie flu infection, said Professor Oxford.

“It isn’t too late to get the flu vaccine now. I’m sure a GP would be quite pleased to vaccinate you.

“You can take action, you are not at the total mercy of this virus.”

The flu virus is the most “changeable” virus on the planet, said Oxford.

While we know a lot about flu, we still don’t know why the Spanish flu killed 50 million people globally 100 years ago, he added.

Dr Sara Kayat, speaking on ITV’s This Morning, said: “We do get a lot of people with viral illness, but with the flu you know you have it you don’t want to even come to your GP. You just want to stay in bed and take paracetamol.

“Most people who come to see me are too perky to have the flu. My advice is, if you think you have it, stay home, so you don’t spread it to anyone else. If you end up becoming very unwell, if your fever isn’t coming down, call us or call 111.”