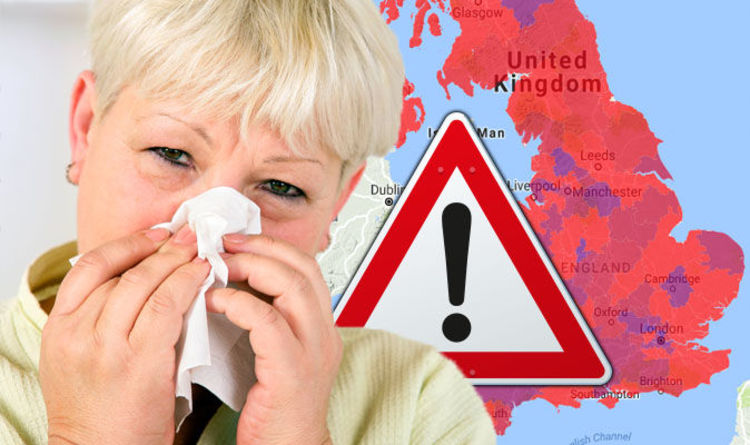 While the symptoms are similar to normal flu, they are more severe and tend to last longer, experts have warned.

Eighty-five people have died from flu since the beginning of October, Public Health England (PHE) has revealed.

The number of cases is expected to continue rising, it warned.

A map showing flu hotspots across the UK revealed the number of infections has risen over the past two weeks.

As of Wednesday morning, the North-East of England was the most affected area.

Other locations across the UK that are in the red include:

Llandrindod Wells, Wales, was the least affected area. Blackburn, Walsall and North London were also in the blue.

But, There are significantly more red zones than reported on Friday January 5.

The map is updated every three minutes online.

Signs of the condition can last more than two weeks, experts have claimed.

If you become infected with the virus, it wasn’t advised to visit your GP, as you could spread the virus further.

The best thing to do is to stay at home, rest, keep warm, and drink plenty of fluids. Painkillers could also help to reduce symptoms, according to the NHS.