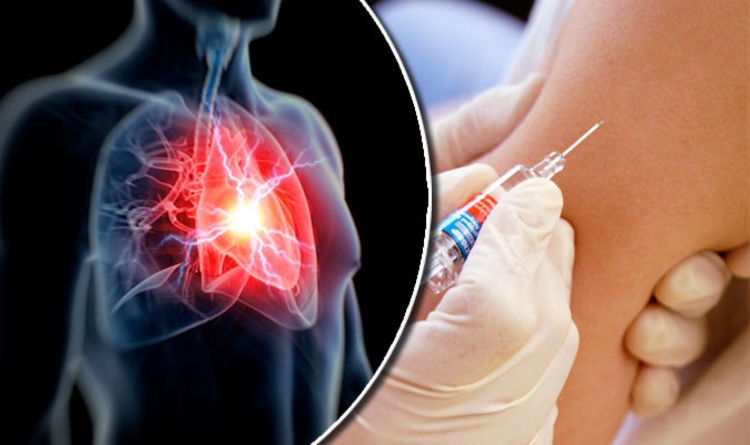 The threat of Aussie flu this winter caused the NHS to warn Britons back in September to be braced for a particularly bad flu season.

This week it was claimed by an expert that taking vitamin C could help ward off the illness.

Dr David Jack told the Daily Star: “I really don’t think you can get enough of it.”

However, Public Health England responded that vitamin C supplements won’t stop you getting the virus.

They reiterated that the best way to protect yourself is by getting the flu vaccine.

Angela Chalmers, a pharmacist for Boots, said: “It’s not just about protecting yourself from flu this winter but also helping to prevent the spread among family, friends, work colleagues and vulnerable people that you may be caring for.

“Flu is contagious and it can be passed on through coughing, sneezing or by touching infected surfaces or people.

“Most flu outbreaks usually happen in late autumn or winter, and, for most people, it’s an unpleasant but not a life-threatening condition.”

However, for some it can prove deadly. Last winter 34,000 people were recorded by the Office for National Statistics as dying from respiratory diseases in England and Wales.

In addition to GP surgeries, it is being offered at a number of high street retailers too, including Boots.

Certain groups are eligible to receive the jab for free, including those over 65, carers and pregnant women.

What’s more, there are certain health conditions which also mean you don’t have to pay.

The condition, where blood sugar can rise too high, affects four million people in the UK.

According to Diabetes UK, sufferers are more at risk of getting the flu, and also experiencing it more severely.

They state: “If your blood sugar isn’t within target, the effects of flu can be dragged out and increase your risk of developing serious complications.”

Problems with the heart and blood vessels affect thousands of people in the UK.

According to the British Heart Foundation, heart attacks are more likely to happen during or immediately after an acute inflammatory illness, like the flu.

The condition affects three million people in the UK.

Sufferers of chronic kidney disease are at a greater risk of becoming very ill from flu than the rest of the population, according to research.

According to the British Liver Trust, there are 13,805 sufferers in England and Wales.

Avoiding the flu is essential if you are a sufferer since catching it could make you seriously ill.

Those with chronic lung conditions, like asthma and chronic obstructive pulmonary disease, are at a particular risk of complications if they catch the flu.

According to the British Lung Foundation, this is relevant to one in five people at any on point in their life.