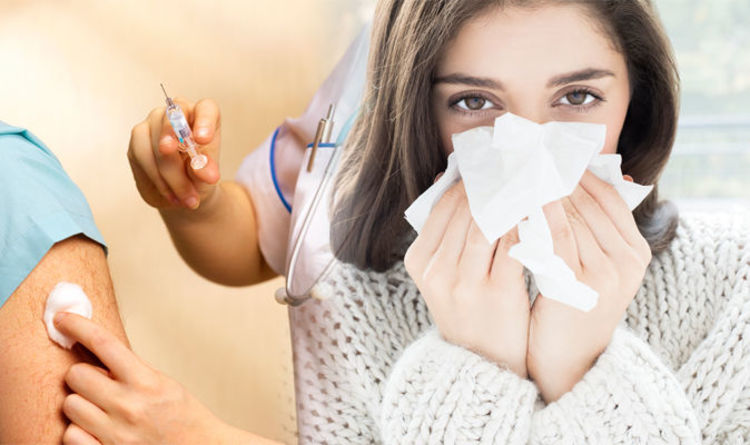 Aussie flu, the H3N2 strain of flu which was given its name after it caused problems in Australia during its winter, is now infecting people in the UK.

Shock figures released by Public Health England yesterday revealed 85 people have died from influenza since October 5, with 27 of those going in the first week of January.

Almost 2,000 people have been hospitalised by flu this winter, the report also revealed, and one in four of those cases were caused by deadly Aussie flu.

Fears of the deadly virus have caused flu jab sales to more than double in the first week of January.

But can the flu jab protect against the potentially deadly Aussie flu?

“Yes the jab can help. It may not work in all instances because of the possibilities of the viruses mutating, but you definitely won’t be protected if you don’t have it.

“It’s still available so get it done!”

The NHS outlines the nine flu symptoms to look out for:

Experts have warned those most at risk of catching Aussie flu are the over 65s, pregnant women, young kids and those with chronic conditions like diabetes, lung and heart disease.

Another strain of flu, Yamagata or Japanese flu, was reported to have infected people in greater Manchester this week.

Japanese flu is a subtype of Influenza B, whereas Aussie flu is a type A.

It has similar symptoms to other sub-types of ‘flu but it’s generally more mild than A strains, according to Dr Coyle

He added: “Yamagata also tends to affect mainly children and is much more contagious as a result because children spread viruses more easily than adults.

“The vaccine that the NHS is offering to children protects against Yamagata and getting your child vaccinated will protect the wider population because there will be less spread – the vaccine given to adults in the NHS does not have Yamagata protection.

“Management is the usual – washing hands, covering mouth when coughing/sneezing, avoiding the at-risk, and using over the counter medicines like paracetamol for fever and other symptoms.”

Dr Coyle said there is no effective prescription treatment (antibiotics do not work on viruses) but the illness is generally mild and lasts about a week.

The vaccine is available from GPs for 2-3 year olds and schools for 4-8 yr olds and is the best protection against Yamagata.

Where to get the flu jab

How contagious is Aussie flu?