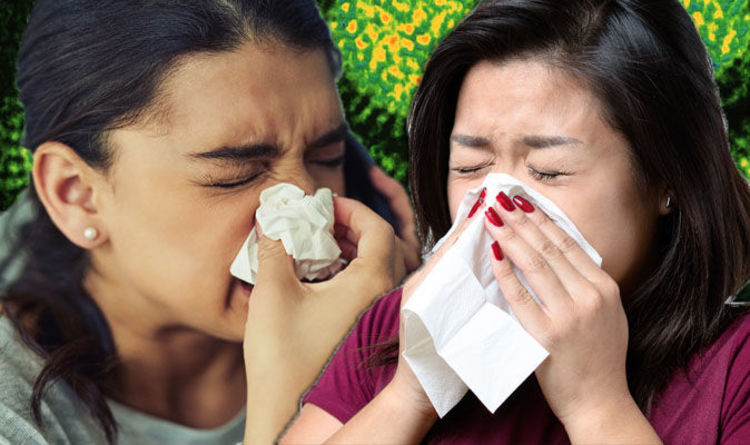 The best way to protect yourself against flu, including the deadly Aussie flu virus, is to get the flu jab, Public Health England (PHE) has urged.

But, this year’s winter flu vaccine is only working 30 to 40 per cent of the time, according to the director of the Worldwide Influenza Centre.

“The vaccine for this particular influenza, H3N2, is not particularly effective,” McCauley told Sky News.

“It is basically considered of moderate effectiveness, which means 30-40 per cent of cases will be avoided among people who have the vaccine.

“What the prospect for this winter is I think too early to say. We know it is not going to be a mild winter, but whether it is moderate or severe we wait and see.

“The numbers are increasing, and if they continue increasing it’s going to be quite an influenza season.”

The warning came after England’s Chief Medical Officer, Dame Sally Davies, urged NHS staff to get the flu has as soon as possible, to help reduce the spread of flu.

“Flu can kill, and it is important we all take it seriously,” said Davies.

“The best way to protect yourself and those around you is to get the flu jab. If you are suffering from flu-like symptoms, you should catch your coughs or sneezes in tissues, bin the tissue immediately, and wash your hands regularly with soap and warm water.”

Aussie flu has been reported in every postcode of the UK.

Symptoms of the virus are similar to those of normal flu, but are much more severe, and tend to last longer.

Lower your risk of infection by regularly washing your hands, avoiding crowded public places, and by maintaining good hygiene, according to St John Ambulance.

People worried that they may be infected should avoid GP surgeries, as they risk spreading the virus further. But, it’s best to get checked out by a doctor if you have a long-term medical condition, are pregnant, or are over the age of 65.