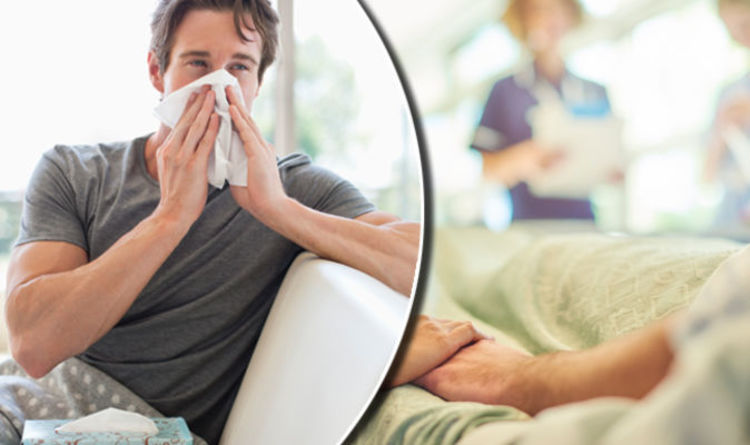 The flu season is well and truly upon us, but this year has seen has seen a particularly severe surge in cases and there have been a number of deaths related to the virus.

Scheduled non-urgent surgery is being cancelled in order to allow the NHS to cope with an influx of people suffering from the potentially dangerous virus.

The decision comes after the so-called ‘Aussie flu’ left Australia with its worst flu season in two decades.

In September, NHS bosses predicted this winter would bring the worst flu epidemic in the UK for almost 50 years.

Hospitals are clearing their schedules for a predicted influx of flu cases over Christmas and New Year.

As well as rescheduling surgery they have been ordered to convert outpatient units into makeshift wards.

The decision by NHS bosses came as figures revealed an 86 per cent rise in ambulance delays in the last fortnight, and after two-thirds of NHS trusts declared occupancy levels of at least 95 per cent.

There are currently 25 cases of people in intensive care after catching flu, and so far there have been eight flu-related deaths this year.

Additionally, cases of norovirus are also rising fast, with a reported 14 per cent increase in just the last week.

Norovirus is one of the most common stomach bugs in the UK, and it causes diarrhoea and vomiting.

“However, given the scale of the challenge, hospitals should be planning for the surge that comes in the New Year by freeing up beds and staff where they can to care for our sickest patients.”

Cancelled non-urgent operations will be deferred until at least mid-January, according to the health service.

Pharmacists can offer advice, but you should see your GP if the following applies:

– your symptoms don’t improve after 7 days

– you’re worried about your child’s symptoms

– you have a long-term medical condition – for example, diabetes or a heart, lung, kidney or neurological disease

– you have a weakened immune system – for example, because of chemotherapy or HIV