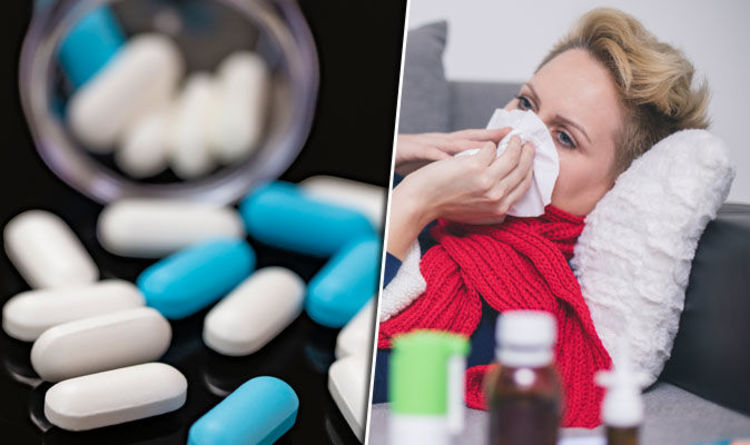 Vitamin D could be just as protective against flu as having the flu jab, scientists have claimed.

The health watchdog’s advice came before experts warned that a particularly contagious flu strain was heading to the UK from Australia.

Vitamin D could help to protect against the flu by boosting levels of antibiotic-like substances in the body, researchers have claimed.

The vitamin reduced the risk of developing respiratory tract infections – including colds and flu – in a study of more than 11,000 people.

The research, from Queen Mary University of London, also claimed that more than three million people in the UK would suffer with fewer colds and flu if the took regular vitamin D supplements.

A second study from Japan revealed vitamin D3 supplements reduced the risk of children catching flu by 58 per cent.

But, as the UK prepares for fewer daylight hours ahead of the winter season, experts have warned the public needed to top up their vitamin D supplies.

Sunlight is one of the largest sources of vitamin D, but the public could be at risk of deficiency between October and March.

That meant they were more likely to catch colds or flu.

Healthspan Head of Nutrition, Rob Hobson, said: “In the UK we can only really absorb vitamin D from the sun between April and September.

“Any that is stored within the body becomes depleted within four to six weeks unless topped up.”

It was also revealed this week that vitamin D supplements could also reduce the risk of diabetes.

Past studies found regular supplements of the vitamin could help to protect against heart disease, depression and some cancers.

To boost your chances of making it through the winter without catching flu, eat a healthy, balanced diet with plenty of vitamin C-rich fruit and vegetables, experts advised.

Ahead of any Aussie flu reaching the UK, PHE’s Medical Director, Paul Cosford, said: “The strains of flu circulating in Australia this past winter have led to a significant increase in cases, but it’s too early to know which will be the dominant strains of flu to circulate in England.

“Each year the World Health Organization reviews the circulating strains of flu and recommends which flu strains should go in the flu vaccine. It’s really important that as many eligible people as possible get their jab which is the best way to protect everyone from flu.”