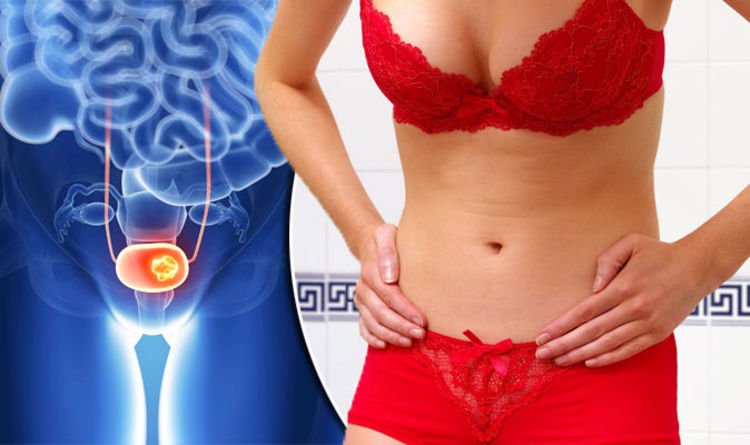 The diseases can present in very many different ways and are often not identified as early as they could be.

More than 21,000 women in the UK are diagnosed each year with a gynaecological cancer, which equates to 58 diagnoses each day, according to figures by charity The Eve Appeal.

Vulval cancer affects more than 1,000 women in the UK every year.

The vulva is the woman’s external genitals.

It includes the lips surrounding the vagina which are called the labia minora and the labia major, the clitoris and the Bartholin’s glands which are two small glands each side of the vagina.

Symptoms of vulval cancer can include, itching, burning or soreness of the vulva that lasts for a long time, a lump, swelling or wart-like growth on the vulva, bleeding or blood-stained

vaginal discharge, thickened, raised, red, white or dark patches on the skin of the vulva and burning pain when passing urine.

Some women also experience a sore area on the vulva or a mole which changes shape or colour.

Also known as uterine, uterus or endometrial cancer – womb cancer is the fourth most common cancer in women in the UK.

Symptoms include unusual vaginal bleeding, bleeding in between periods, heavier periods, pain in the pelvic area or pain during sex. Signs also include lack of appetite and tiredness.

More than 7,000 people a year are diagnosed with ovarian cancer.

The most common symptoms of ovarian cancer are feeling constantly bloated, a swollen tummy, discomfort in the tummy or pelvic area, feeling full quickly when eating, needing to urinate more often or more urgently, indigestion or nausea and unintentional weight loss.

Cervical cancer is the most common cancer in women aged 35 and under.

Symptoms of cervical cancer include vaginal bleeding – other than your monthly period, which can occur after sex, pain during sex, unpleasant smelling vaginal discharge, blood in urine, loss of bladder control, pain in your side, loss of appetite and changes to bowel habits.

HOW TO GET RID OF BLOATING

Vaginal cancer is a rare type of cancer which affects around 250 women in the UK every year.

The most common symptoms of vaginal cancer is abnormal vaginal bleeding, which also includes bleeding between periods, or after sex, and bleeding after the menopause.

Other symptoms can include an itch or lump in the vagina, smelly or bloody vaginal discharge, pain during sex, pain while urinating and the need to urinate more frequently.

Research by the charity has revealed few women and even fewer men are aware of the symptoms of the cancers and are encouraging people to help each other spot the signs.