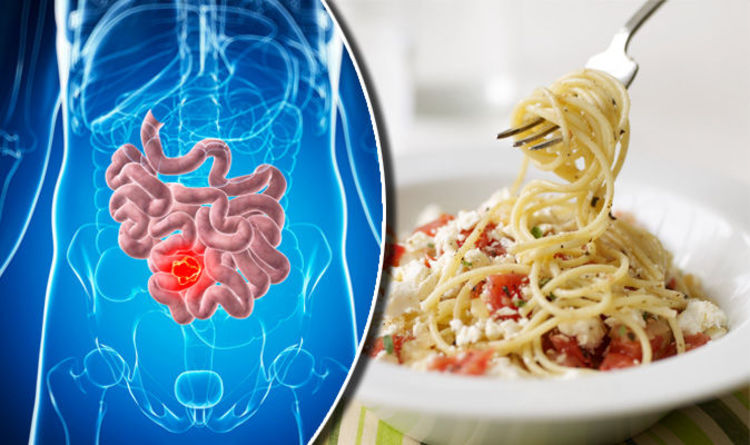 Cancer that begins in the large bowel is known as bowel cancer.

According to the NHS, it is one of the most common types of cancer in the UK.

The majority of people diagnosed – roughly 110 people every day – are over the age of 60.

Symptoms include persistent blood in the stools, a persistent change in bowel habits and persistent tummy pain.

Along with increasing age, being overweight and smoking, a poor diet can increase your risk of developing bowel cancer.

Indeed, according to Beating Bowel Cancer, experts believe it is a major contributing factor.

Here are seven foods to avoid as much as possible.

There is strong scientific evidence of a link between bowel cancer and red meat, such as beef and pork.

There is evidence that a low intake of dietary fibre from foods such as whole grain bread, pasta and oats can lower your likelihood of suffering.

Like red meat, studies of an association between bowel cancer and processed meat are also very strong.

Beating Bowel Cancer recommends avoiding meats like bacon, ham and salami as much as possible.

They also suggest drinking lots of water and avoiding too much tea, coffee and alcohol which can dehydrate you.