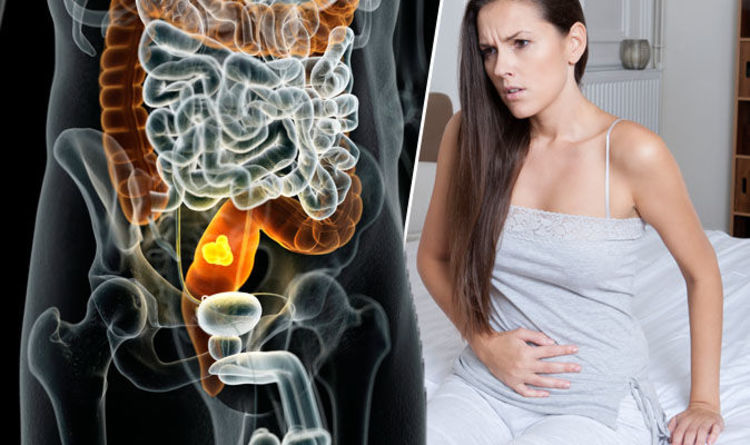 Bowel cancer is one of the most common types of cancer in the UK, according to the NHS.

Symptoms can be difficult to spot, and they may not necessarily make you feel ill.

Signs of the disease are very common, and most people that show the symptoms of bowel cancer won’t have the condition, it added.

Symptoms should be taken more seriously when people get older, and are more likely to be signs of cancer if they persist.

“Sometimes, a tumour can block the bowel, causing sudden strong pains in the stomach area, bloating and feeling or being sick,” said charity Bowel Cancer UK.

“You may also be unable to empty your bowels or pass wind.

“If you think you have a blocked bowel, see your GP straight away or go to a hospital accident and emergency department.”

Abdominal pain, or a painful lump in the stomach could also be a sign of bowel cancer, the charity said.

“You may have pain or a lump in your stomach area (abdomen) or back passage,” it said.

“See your GP if these symptoms don’t go away or if they’re affecting how you sleep or eat.”

Other signs of bowel cancer include fatigue, from a lack of iron, a change in bowel habit.

If the change in bowel habit lasts at least three weeks, you should see a GP – especially if you feel that you may not be going to the toilet as often than normal.

Seek medical advice if any of the symptoms persist longer than four weeks, the NHS said.

While we don’t know exactly what causes the cancer in most cases, you’re more likely to develop the cancer if you’re over 50.

A family history of bowel cancer, or longstanding inflammatory bowel diseases could also increase your risk.

About 54 per cent of bowel cancer cases could be prevented by having a healthier lifestyle, including a balanced diet, regular exercise and quitting smoking.