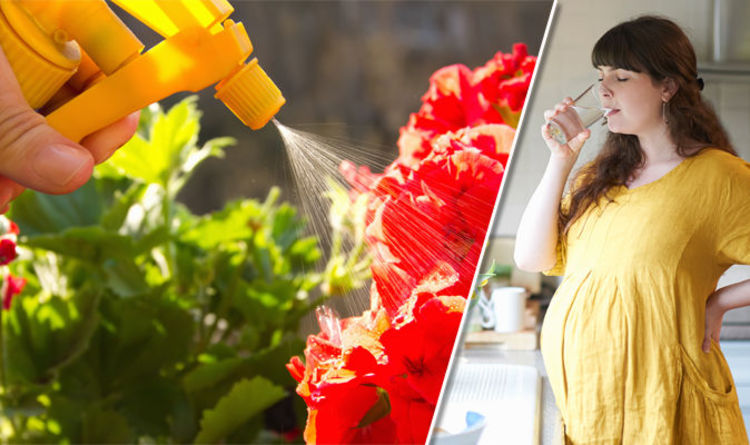 Expectant mothers could be putting their kids’ health at risk by being exposed to pesticides, particularly insecticides, according to researchers.

Childhood brain tumours can lead to learning difficulties, difficulties with balance and partial or full loss of sight.

Pesticide exposure increased the risk of childhood brain tumours by 1.4 times, said the researchers from the French Institute of Health and Medical Research.

They warned pregnant women to limit their exposure to pesticides to avoid increasing the risk of the growths.

The lead author of the study, Nicolas Vidart d’Egurbide Bagazgoïtia, said: “Although such retrospective studies cannot identify specific chemicals used or quantify the exposure, our findings add another reason to advise mothers to limit their exposure to pesticides around the time of pregnancy.”

The researchers reviewed data from 3,539 French mothers, of which 437 had children that developed brain tumours.

Future investigations were needed to confirm the findings, the researchers said.

About 560 people, under-19, are diagnosed with brain tumours in the UK every year, according to The Brain Tumour Charity.

Brain tumour symptoms include persistent vomiting, seizures, recurring headache, and double-vision. But, symptoms vary from person to person, and depends on the exact location of the tumour on the brain.

They can be treated by radiotherapy, chemotherapy or proton-beam therapy.

Meanwhile, in 2013, the Royal College of Obstetricians and Gynaecologists claimed some household products were a threat to babies in pregnant women.

Food packaging, medicines and moisturisers were among those that posed a risk to babies’ health, the researchers said.

Earlier this week, a new test for predicting whether breast cancer will return was revealed, potentially sparing thousands of breast cancer patients from unnecessary chemotherapy.