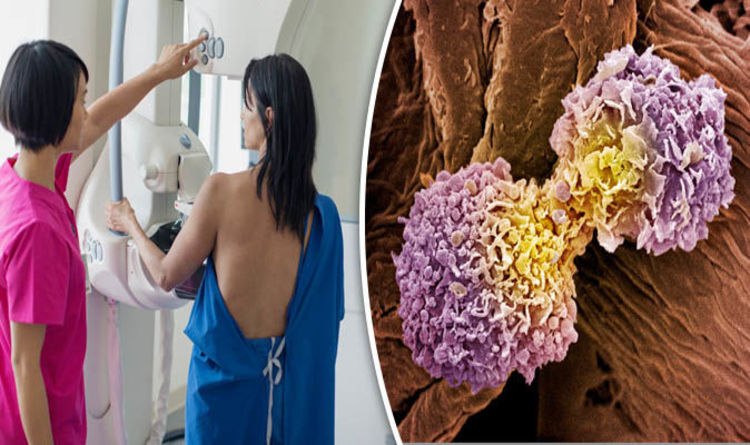 The cutting edge technique, Oncotype DX, analyses samples of tumour removed during surgery and provides a recurrence score of between 1 and 100 on the likelihood of cancer returning.

The test is currently only available to some women with breast cancer, but experts say thousands who miss out undergo chemotherapy they do not need.

The call to make the test more widely available follows the results of a recent trial highlighted at a leading cancer conference last month which revealed 98 per cent of patients with a low recurrence score who avoided chemotherapy after surgery survived at least five years without their cancer returning, showing they did not need chemotherapy.

The trial, known as Plan B, was presented at the European Society of Medical Oncology in Madrid and involved over 4,000 patients in 12 centres in Germany.

It was published in leading journal Clinical Oncology.

This trial showed the test was effective both in women whose cancer remained in the breast and in those patients whose cancer had spread to the lymph nodes.

However, the £2,600 test is not routinely used by all UK hospitals and the National Institute for Health and Care Excellence (Nice) recommends it only for women whose cancer has not spread. Chemotherapy costs up to £9,000 per patient.

Professor Nigel Bundred, a leading breast cancer surgeon at the hospital, said: “Thousands of women are undergoing unnecessary chemotherapy because of the failure to make this available to everyone throughout the UK.”

The test is suitable for women who have a hormone-driven breast cancer type known as Oestrogen receptor positive HER2 negative which accounts for most breast cancer patients.

In a statement Nice said it reviews and updates diagnostics guidance “at any time if significant new evidence becomes available”.