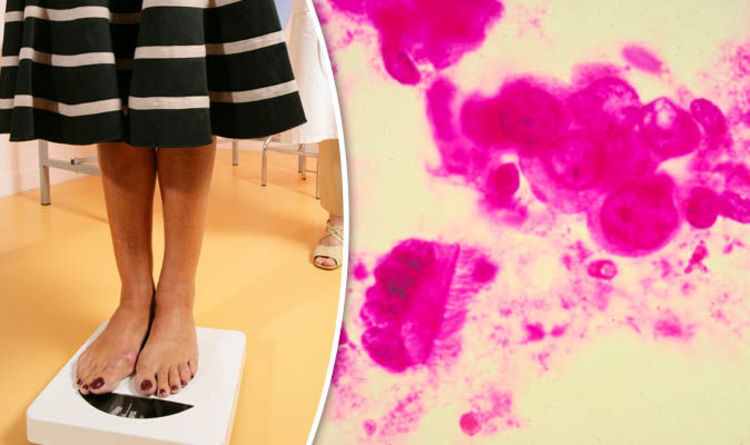 Four out of five cases of breast cancer occur after the menopause, according to the charity Breast Cancer Now, which said women could significantly reduce their risk by following a healthy lifestyle.

The American study analysed data from more than 60,000 women and found that over 3,000 developed invasive breast cancer over the following 11-12 years.

Compared with women with stable weight, those who had a 5 per cent or more decrease in weight were 12 per cent less likely to develop breast cancer.

A weight loss of 15 per cent or more was associated with a 37 per cent reduction.

The research, being presented at the 2017 San Antonio Breast Cancer Symposium, was led by Professor Rowan Chlebowski, of the Department of Medical Oncology and Therapeutics Research at City of Hope in Duarte, California.

He said: “In the three-year window of the study, relatively modest weight loss was associated with significant lowering of breast cancer incidence.

“From this study, we have evidence that a weight loss strategy can be effective in lowering breast cancer risk in postmenopausal women.”

Researchers analysed data from the Women’s Health Initiative (WHI) Observational Study, tracking postmenopausal women between the ages of 50 and 79.

They looked at participants who had a normal mammogram, no prior breast cancer, and were not underweight, taking measurements for height and weight at the start and three years later.

While a weight gain of 5 per cent or more was not associated with an increased overall breast cancer risk, it was linked to a more than 50 per cent increased risk of triple-negative breast cancer.

“The less body fat you have, the lower your oestrogen levels, which can decrease your breast cancer risk.

“With breast cancer incidence continuing to rise, we need to do much more to enable women and men of all ages to reduce their risk.

“It’s so important to remember that we can all reduce our breast cancer risk through various lifestyle factors, including keeping physically active, maintaining a healthy weight throughout life and lowering our alcohol intake.”