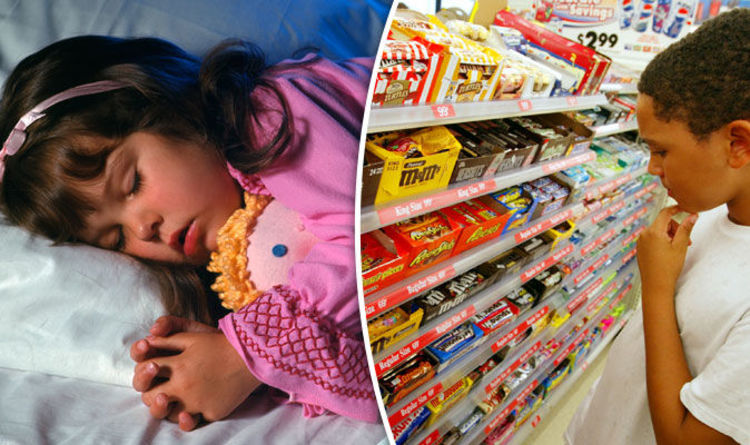 While 95 per cent of youngsters know exercise and healthy eating is important, they are unsure how their bodies work and some health messages are misunderstood, a new survey has found.

For example, 51 per cent of six to nine-year-olds know protein repairs muscles, but 14 per cent also think it helps people see in the dark.

The survey of 1,000 primary school pupils found 16 per cent thinking that eating sugar before bed leads to nightmares.

And four per cent believe telling lies can make you put on weight while six per cnet believe there are calories in the air.

Findings also revealed that 70 per cent of youngsters think you should not eat carbohydrates more than twice a day, even though over 80 per cent don’t know what a carbohydrates is.

Additionally, children also struggled to understand the important role of good fats in a healthy diet, with 38 per cent saying you should avoid eating fat as much as possible.

Celebrity Master Chef winner and mother of two, Angelica Bell, an ambassador for a healthy eating campaign launched by the nut retailer Whitworths, said: “Growing up, I didn’t have an understanding of healthy eating, and I suffered with body confidence issues as a result.

“As a parent, I spend a lot of time teaching my own kids about food, health and how their bodies work to make sure they’re more switched on than I was at their age.

“Children have the most inquisitive minds and as parents, by helping them to learn at an early age about their bodies we can ensure they make informed decisions as they get older.”

When questioned further, 99 per cent of children understood that eating healthy does something for them but 70 per cent did not think eating healthily now would impact on their health as an adult.

Instead they said their motivation for eating healthy came from wanting to be big and strong (78 per cent), to make them better at sports (43 per cent) and to make them smarter (42 per cent).

Phil Gowland, of nut retailer Whitworths which commissioned the poll, said: “Understanding your body is the key to living a healthy lifestyle, which is why we’re trying to help make learning fun by showing how interesting the body can be and how it’s influenced by the food that we eat.”