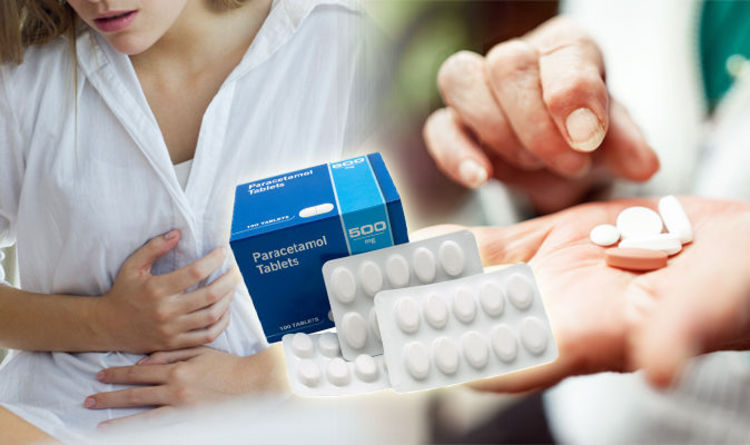 Ibuprofen is one of a group of painkillers called non-steroidal anti-inflammatory drugs (NSAIDs) and can be used to ease mild to moderate pain, such as headaches, migraines and high temperatures.

They also see pain and inflammation for people suffering with arthritis and swelling caused by sprains.

Paracetamol is also a commonly used medicine that can help treat pain and reduce a high temperature.

It’s typically used to relieve mild or moderate pain, such as headaches, toothache or sprains, and reduce fevers caused by illnesses such as colds and flu.

Paracetamol is often recommended as one of the first treatments for pain, as it’s safe for most people to take and side effects from the painkillers are rare.

The NHS advises that for people who want to take paracetamol and ibuprofen together, it is safe to take both doses at the same time or spaced apart.

NHS Choices said: “If you’re 16 or over, you may wish to use paracetamol and ibuprofen together to reduce pain and fever.

“There are no known harmful interactions between paracetamol and ibuprofen in people over 16.”

Adults can usually take one or two 500mg of paracetamol tablets every 4-6 hours, but shouldn’t take more than 4g – eight 500mg tablets – in the space of 24 hours.

Adults can also usually take one or two 200mg tablets of ibuprofen every four to six hours, but shouldn’t take more than 1,200mg (six 200mg) tablets in the space of 24 hours.

Ibuprofen is best taken with food or on a full stomach.

However, the drug can cause side effects such as nausea or vomiting, constipation or diarrhoea or even indigestion.

However, experts said the advice for children is different.

NHS Choices said if the child has a fever and is also distressed, they can be treated with either paracetamol or ibuprofen.

However, they should not take the drugs at the same time.

NHS Choices said: ”However, if your child remains distressed before the next dose of paracetamol or ibuprofen is due, you may want to give the other medicine later.”

Experts said the instructions on the packaging of your medicines should be read carefully to make sure you don’t take too much of either medicine.

If you need further advice, speak to your pharmacist or GP, or call NHS 111.

This comes after it was revealed common pain pills, including IBUPROFEN, increase risk of heart attack