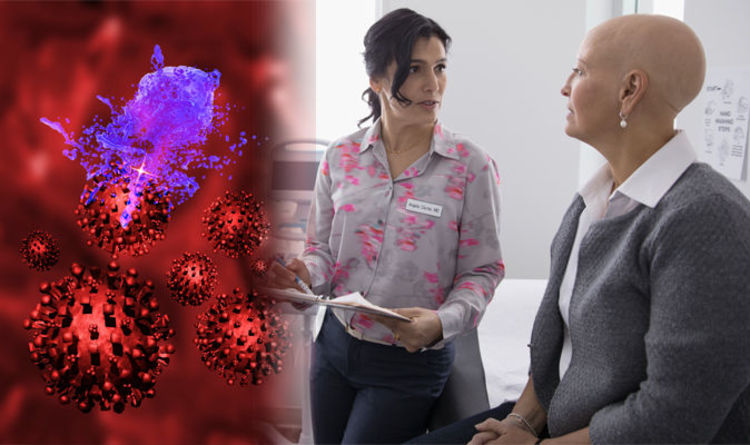 Arizona State University scientists worked in collaboration with researchers from the National Center for Nanoscience and Technology to create the robots.

Speaking about the breakthrough, Hao Yan, director of the ASU Biodesign Institute’s Center for Molecular Design and Biomimetics and the Milton Glick Professor in the School of Molecular Sciences, said: “We have developed the first fully autonomous, DNA robotic system for a very precise drug design and targeted cancer therapy.

“Moreover, this technology is a strategy that can be used for many types of cancer, since all solid tumour-feeding blood vessels are essentially the same.”

The successful trial is the first of its kind in mammals, having been tested on breast, ovarian and lung cancer as well as melanoma in mice.

Findings, published in the journal Nature Biotechnology, are a culmination of two decades of research in the field of DNA origami, which Yan is an expert in.

Nano medicine is a new branch of medicine which hopes to use nanotechnology to create new treatment options for difficult diseases, especially cancer.

The challenge so far has been designing, building and controlling nanorobot to actively seek and destroy cancerous tumours, while not harming healthy cells at the same time.

This particular work began five years ago as NCNST researchers wanted to cut off tumour blood supply. Prof Yan’s expertise has pushed results further by awing the fully programmable robotic system able to perform on its own.

Baoquan Ding, a professor at the NCNST, located in Beijing, China, said: “These nanorobots can be programmed to transport molecular payloads and cause on-site tumour blood supply blockages, which can lead to tissue death and shrink the tumour.”

Scientists performed their study by injecting human cancer cells in to a mouse to induce aggressive tumour growth.

Once the tumour was growing, the nanorobot were sent in. Each nanorobot is made from a flat, rectangular DNA origami sheet, and has blood-clotting enzyme thrombin attached to the surface.

Thrombin can block tumour blood flow by clotting the blood within the vessels that feed tumour growth, causing the equivalent of a tumour “mini-heart attack”, and leading to tumour tissue death.

Nanorobot’s work fast, surrounding the tumour just hours after injection. The research has shown the nanorobots are safe and effective in shrinking tumours.

Yuliang Zhao, professor at NCNST and lead scientist of the international collaborative team, explained: “The nanorobot proved to be safe and immunologically inert for use in normal mice and, also in Bama miniature pigs, showing no detectable changes in normal blood coagulation or cell morphology.”

There was also no evidence of the nanorobots spreading to the brain, where they could cause side effects such as a stroke.

The treatment blocked tumour blood supply and generated tumour tissue damage within 24 hours while having no effect on healthy tissues. By two days, there was evidence of advanced thrombosis, and three days, thrombi in all tumour vessels were observed.

In the melanoma mouse model, three out of eight mice receiving the nanorobot therapy showed complete regression of the tumours. The median survival time more than doubled, extending from 20.5 to 45 days.