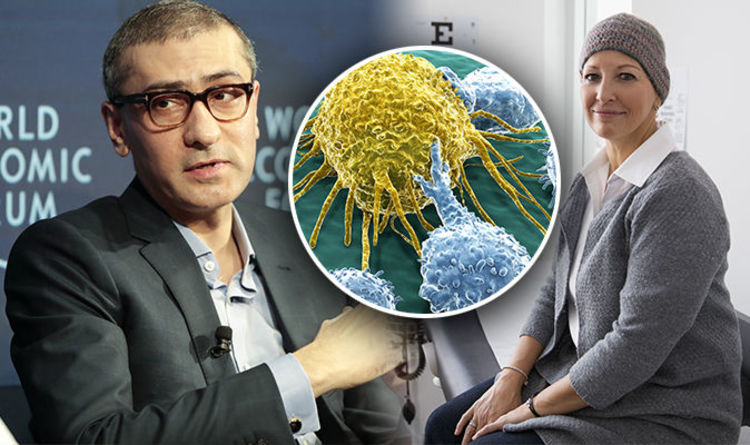 Cancer is the cause of hundreds of thousands of deaths in the UK each year.

Health bodies and cancer charities are constantly warning people of the signs and symptoms, and the importance of screenings, but many cases go undetected until the disease reaches the later stages.

New technology that can detect cancer months before it occurs could be the answer to better survival rates, as revealed by chief executive of Nokia Rajeev Suri.

Speaking at a panel at the World Economic Forum in Switzerland, he outlines his vision for the future of medical treatment which also included remote surgeries, 5G ambulances and miniaturised wearable scanners.

He said: “With these sort of products, you can start to prevent stuff before it occurs and we think through biomarkers you can even figure out cancer several months before it occurs.

“Think about how important that is when every month and every day is important to a cancer patient.”

With the arrival of 5G internet connectivity, remote surgery could be made possible as there would almost be no time lag in the data flying across the world, according to Mr Suri.

He said: “Imagine a doctor in Chicago doing an operation for someone in Taiwan using robotic surgery. You want the doctor to feel immediate feedback to what the robot is experiencing.”

One product currently underdevelopment at Nokia is wearable sleeve that has chips ale to scan specific information like cholesterol, lactic acid levels or glucose.

Mr Suri said such a device would “fill the void” between doctor appointments and allow medical professional access to continues information.

Tessa Jowell, the former Minister of Public Health and Culture, was diagnosed with brain cancer in May 2017.

Opening up about her condition, she revealed she wants cancer patients to be able to trial potential treatments and therapies.

She said: “Shall I tell you something? I am absolutely 100 per cent trying to stay alive. That is exactly the kind of risk that patients should be free to take. It should be a risk that they have the chance to take and it’s certainly what somebody like me wants.”

Her daughter-in-law is Ella Mills – better known as Deliciously Ella – who married her son Matt Mills in a ceremony on the island of Mustique in 2016.