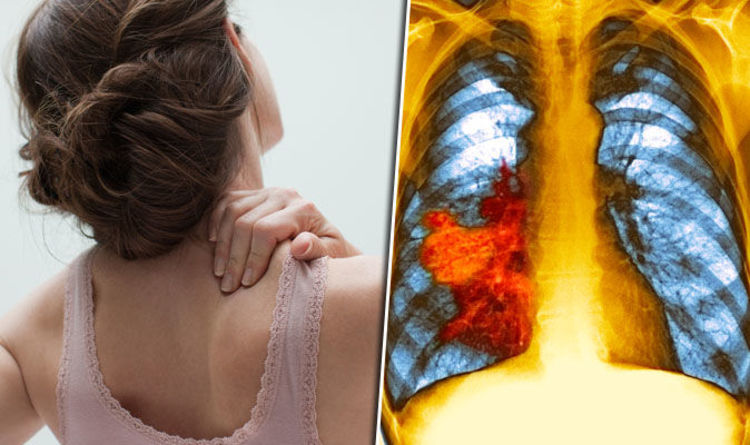 Shoulder pain could be a sign of lung cancer, according to Cancer Research UK.

It could be caused by a type of lung cancer, called a pancoast tumour.

These tumours grow right at the top of the lungs, and cause very specific symptoms, also including a pain that travels right down the arm.

The symptoms include drooping in one eye, a smaller pupil in one eye, and loss of sweating on one side of the face.

“The symptoms of Horner’s syndrome are caused by the tumour pressing on, or damaging, a nerve that runs up from the neck to that side of the face,” said Cancer Research UK.

Shoulder pain from lung cancer is quite similar to other types of shoulder pain, and it can be difficult to decide what’s causing the pain, added the medical website Healthline.

But, lung cancer is more likely to be causing the shoulder pain if it occurs more often at night, if it doesn’t get better after a few weeks, or if it isn’t linked to any strenuous activity, it said.

Lung cancer symptoms develop as the condition progresses, and there are few – if any – symptoms in its early stages, the NHS said.

But, signs to look out for include an ache or pain when breathing or coughing, lack of appetite, persistent chest infections and breathlessness.

Finger clubbing is a more uncommon symptom. That’s where the fingertips become more rounded than normal.

A swollen face or neck could also be a sign of the condition.

Main treatments for lung cancer include surgery, radiotherapy and chemotherapy.

Meanwhile, it was also revealed that household mould and damp could be lung disease.

Asthma UK urged patients to take their preventative inhalers, and to make sure their homes were well ventilated to avoid developing the condition.