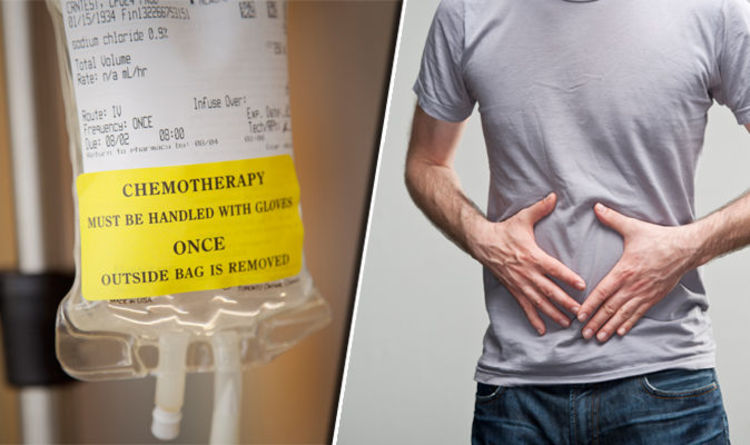 Chemotherapy is a well known treatment option for cancer, and involves medication that kills cancer cells.

But its effectiveness varies greatly from cancer to cancer.

Testicular cancer, however, is particularly responsive, even when it has metastasised – or spread.

Researchers have discovered why the type – which affects a man’s testicles- can be treated so well using the therapy.

A study by Cornell University in New York has revealed that testicular cancer’s stem cells are more sensitive to chemotherapy than the stem cells of other forms of cancer.

Stem cells can be found in tumours where they have the power to grow new tumours from a single cell.

In most cancers, they are extremely resistant to being killed off – meaning that while other cells in the tumour are got rid of, stem cells often survive and re-grow new tumours.

However, in testicular cancer, its stem cells appear to be stopped along with other types of cells in the tumour, meaning it can be cured.

“The study provides new insights into the basis for the responsiveness of testicular cancer to chemotherapy, which has always been an intriguing observation, but the basis for it was not clear,” said Professor Robert Weiss, study author from Cornell University.

Researchers hope the findings could lead to a better understanding of why other cancer types are more resistant to the treatment.

Testicular cancer affects one in 195 men during their lifetime, according to Cancer Research UK.

Most men who get it are relatively young – between the ages of 18 and 40 years.

This is unlike other cancers, where most patients are over the age of 65 years.

The researchers also discovered that the beginnings of testicular cancer may begin during embryonic development, or before a baby is born.

Symptoms of testicular cancer include a painless lump or swelling on either testicle, and a dull ache in the lower abdomen or groin.