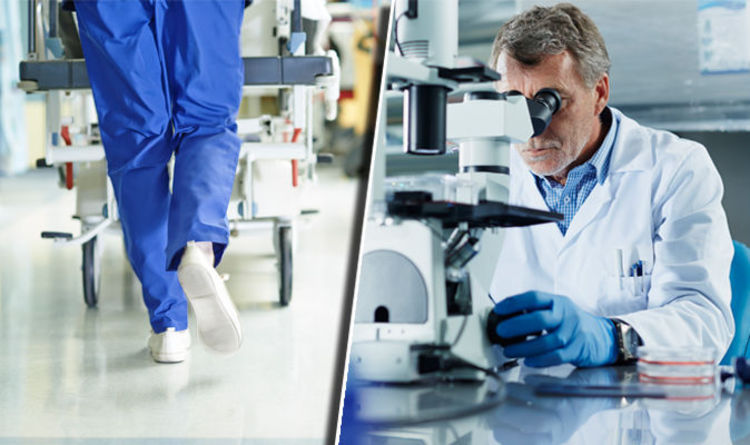 Cancer kills someone every four minutes in the UK, according to Cancer Research UK – but scientists may have moved a step closer to finding an effective treatment for solid tumours.

Current ways to treat icancer include chemotherapy and radiotherapy.

However, researchers have discovered a new way to destroy tumours that is similar to the altitude training athletes and mountain climbers do before visiting low-oxygen areas.

A study by the Weizmann Institute of Science showed that starving particular cells of oxygen could train them to fight cancer in the same way as people training for a high altitude environment.

Known as T cells, they are a key part of the body’s immune system.

The researchers found that they destroyed cancerous tumours much more effectively after being starved of oxygen.

Using the immune system to fight cancer is a treatment known as immunotherapy.

The approach has already saved the lives of some cancer patients in the last few years.

Previously, killer T cells have been removed from patient’s blood, grown in a laboratory dish and adapted to identify and destroy cancerous cells.

They were then returned to the patient’s bloodstream.

It has worked well against certain leukemias and lymphomas, but not been as successful at fighting solid tumours.

As such, the researchers have been focusing on ways to target the latter.

They discovered that oxygen-starved T cells could fight solid tumours more successfully because they had a higher amount of a destructive enzyme that penetrates and kills cancerous cells.

“Killer T cells are the foot soldiers of cancer immunotherapy, they are the ones to target and destroy cancerous cells, but they don’t always manage to eliminate the malignancy,” said Professor Guy Shakhar of Weizmann Institute of Science.

”We’ve shown that by growing these T cells in an oxygen-poor environment, we can turn them into more effective killers.

“Just as altitude training increases endurance in humans, so putting killer T cells through a ‘fitness regimen’ apparently toughens them up.”