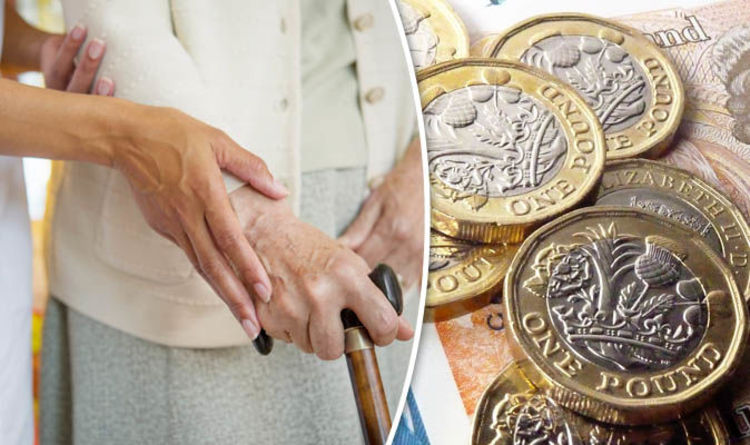 But implementation of the 2011 proposals has been repeatedly delayed and earlier this week the Treasury reportedly axed plans to introduce a cap of around £75,000 by 2020.

At the inaugural Royal London annual lecture, Sir Andrew suggested a cap would also mean people could take out insurance policies to cover the cost.

Firms would offer the insurance because they knew what the maximum payout could be.

He said: “Many of us will not need to spend large amounts on care in later life, but for those who do, the costs can be huge. “We need to find a way to pool this risk rather than let it be a later life care cost lottery.

A cap on care costs removes the catastrophic risk facing us all, and could help to stimulate more provision of private sector financial services.

“Coupled with a reform to means-tested state support, this could help tackle the ‘broken’ care market.”

His call comes as pensioners were warned that they must stop regarding their homes as “an asset to give to their offspring”.

Social care minister Jackie Doyle-Price said it was “unfair” for younger taxpayers to “prop up people to keep their property” when it could be sold to help pay for their own care needs.

Her stark language contrasts with Conservative promises last year to make sure homes people have “worked for and saved for” could be passed on to their children.

The Conservatives shelved a manifesto plan to make middle-class pensioners pay towards care they receive in their own homes after it proved hugely unpopular with voters, but critics say Ms Doyle-Price’s comments suggest the policy has been “resurrected”.

Former pensions minister Sir Steve Webb, now at the mutual Royal London, said: “The ‘Dilnot’ cap on lifetime care cost is an important part of the answer. It is only fair to make sure that those who are unfortunate enough to face huge long-term care costs in later life do not face an unlimited bill.”

A new survey from the Association Of Directors Of Adult Social Services shows more than half of councils expect to overspend their adult social care budgets this year.