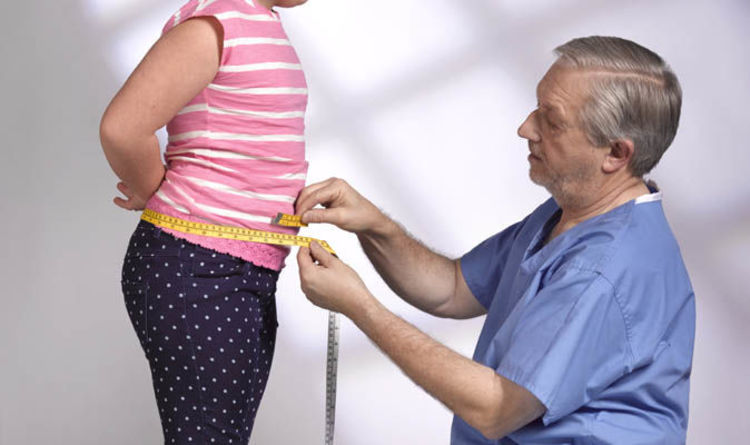 Shocking statistics released yesterday suggest little progress is being made to tackle the epidemic with one in four children in reception year also obese.

The figures, published by NHS Digital, come from the National Child Measurement Programme which measures the height and weight of more than one million children in England annually.

Data from last year showed 4.8 per cent of reception children were overweight or obese in Kingston-upon-Thames but the figure rocketed to 13.5 per cent in Wolverhampton.

For year six obesity prevalence ranged from 11.3 per cent in Rutland to 29.2 per cent in Barking and Dagenham, London.

Tam Fry, chairman of the National Obesity Forum, said: “It is iniquitous that these levels are still rising.

“Health Secretary Jeremy Hunt has described childhood obesity as a ‘great scandal’ but does little to tackle it.

“The World Health Organisation has recommended that governments everywhere weigh and measure every pre-school child every time it is seen by a doctor because this will enable the first signs of obesity to be picked up and dealt with.

“The UK government has already set its mind against this. Our child health surveillance is still in the dark ages and Mr Hunt should get off his bike and implement the WHO advice.”

Latest figures suggest the obesity crisis gripping Britain is not unique to childhood.

A quarter of all British adults are now overweight or obese, with related ill health costing the NHS £6.1 billion a year.

If action is not taken to curb rising rates nearly 60 per cent of men, 50 per cent of women and 25 per cent of children will be obese by 2050, experts warn.

A two-band sugar tax on soft drinks is set to come into force in April next year aimed at halting the crisis.