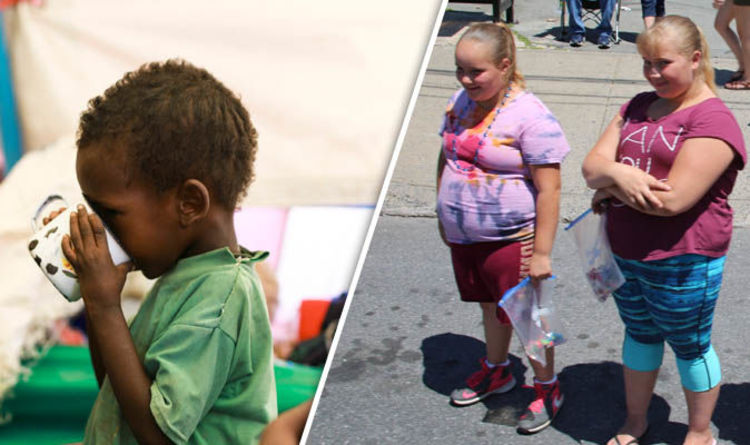 Between 1975 and 2016 the estimated number of obese boys in the world increased from six million to 74 million.

Girls showed a similar trend, with their obesity figure rising from five million to 50 million over the same period.

Much of the increase in recent years has taken place in developing countries while obesity rates among young people in Europe and the US were said to have plateaued.

Study author Dr James Bentham, from the University of Kent, said: “This is not an excuse for complacency as more than one in five young people in the USA and one in 10 in the UK are obese.

“Rates of child and adolescent obesity are accelerating in east, south and south-east Asia, and continue to increase in other low and middle-income regions.”

Despite the trend, more children around the world are severely underweight than overweight, the research showed.

Current childhood obesity rates were highest in some Polynesian islands, where they exceeded 30 per cent.

A fifth of children and teenagers in the US and a tenth of those in the UK were obese.

In total, 124 million children and adolescents around the world had a body mass index (BMI) of 30 or higher, categorising them as obese.

A further 213 million fell into the “overweight” range, with BMIs of between 25 and 29.9. BMI is a standard measurement that relates weight and height.

The researchers pooled together 2,416 studies looking at BMI and obesity to analyse data on 128.9 million participants from around the world, including 31.5 million children and teenagers aged five to 19.

The results appear in The Lancet medical journal ahead of World Obesity Day on October 11.

The research also showed that around the world 75 million girls and 117 million boys were moderately or severely underweight in 2016.