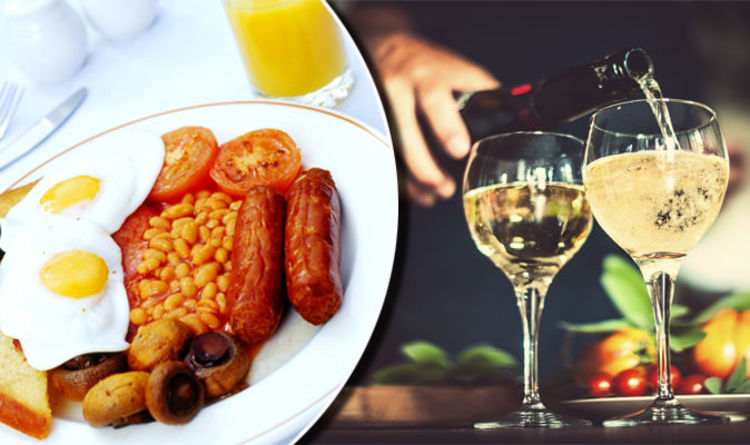 People suffering hangovers are likely to rise during this coming festive season, when mulled wine and eggnog are set to be consumed in abundance.

Hangovers are symptoms caused by drinking, and they are triggered by ethanol, the alcohol in drinks.

It is recommended people consume no more than 14 units a week of alcohol – one unit being half a glass of red wine – but how much someone can drink before they endure a hangover will vary greatly.

Symptoms of a hangover include fatigue, thirst, headaches, nausea, vomiting, dizziness and shakiness, according to the Mayo Clinic.

The simplest and most effective way to reduce the effects of a hangover are by drinking less alcohol.

But it is too late to take those preventative measures by the time you wake up the following day with a sore head.

Here are four unusual ways to relieve the after-effects of a big night.

The brunch staple may be popular earlier in the day for good reason – it can help tackle the hangover at its source.

“Eggs are great the following day as they contain the amino acid, cysteine that helps to breakdown acetaldehyde,” explained Hobson.

“This is the toxic byproduct of alcohol metabolism and responsible for the horrible hangover symptoms.”

Research found that a dip in blood sugar is associated with a hangover, and may contribute to nausea, fatigue and weakness.

Swallowing particular supplements before and after a drinking session could help lessen the severity of a hangover.

“Taking milk thistle or artichoke supplements could help if taken before and after you start drinking,” suggested Hobson.

“They may be particularly useful during the festive season as they have been shown to help the liver cope with the excess toxins of partying. Try Healthspan’s artichoke extract.

“Additionally, a good effervescent vitamin C, like that found in Healthspan’s Ruby Breakfast, may help as this is involved in the breakdown of alcohol.”

It has become popular in recent years thanks to claims the root can relieve a sore throat and help fight colds, however it may also ease a hangover too.

A 2010 study published in the Journal of Natural Medicines discovered that combining ginger in a solution with brown sugar and tangerine extract improved hangover-related nausea, vomiting and diarrhoea.

It can also be taken along with, or instead of, ibuprofen to ease pain, and may be enjoyed in a large mug of hot water.

The NHS make an unlikely recommendation for foods to cure a hangover – bouillon soup.

This thin, vegetable-based broth comes packed with vitamins and minerals which may have become depleted from drinking.

Additionally, they note, it is easy for a fragile stomach to keep down.