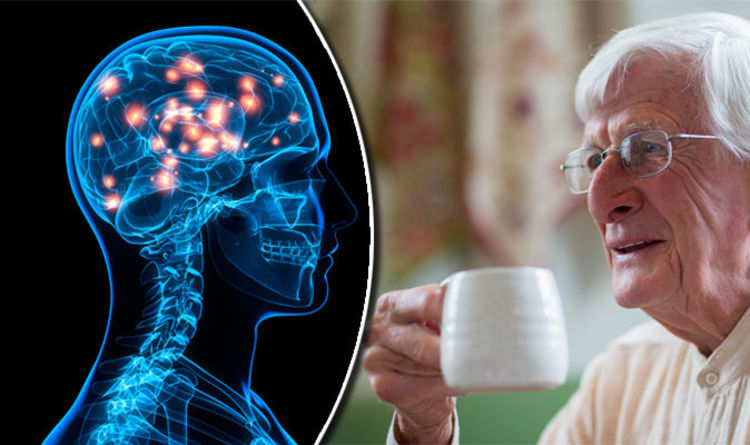 The best supplement for preventing dementia has traditionally been omega-3 fatty acids, found in oily fish.

Now scientists have identified a combination of nutrients that could reduce decline in the early stage of Alzheimer’s disease.

A study published in The Lancet Neurology has revealed that the ingredients in a daily medical nutrition drink – currently available in the UK for approximately £3.30 – could slow cognitive decline.

The drink, called Souvenaid, contains an active ingredient named ‘Fortasyn Connect’, which is a specific combination of essential fatty acids, vitamins and other nutrients including omega-3 fatty acids, choline, uridine monophosphate, phospholipids, antioxidants and B vitamins.

Researchers discovered that those consuming the drink over two years showed less decline of cognitive and functional performance.

There was also a reduction in shrinking of the hippocampus, an area of the brain involved in memory.

In the study, researchers looked at 311 people with mild cognitive impairment due to Alzheimer’s.

“Today’s results, published in The Lancet Neurology, are extremely valuable as they bring us closer to understanding the impact of nutritional interventions on prodromal Alzheimer’s, which we are now better at diagnosing but unable to treat due to a lack of approved pharmaceutical options,” said Professor Hilkka Soininen, from the University of Eastern Finland.

“The LipiDiDiet study illustrates that this nutritional intervention can help to conserve brain tissue and also memory and patients’ ability to perform everyday tasks – possibly the most troubling aspects of the disease.”

However, the Alzheimer’s Society point out that daily consumption of the drink did not improve memory and cognition as measured by a specific neuropsychological test battery.

Additionally, it had no effect on the number of people who progressed from mild cognitive impairment to dementia during the study.

“This study hints that a medical drink could slow the decline of thinking skills in people experiencing mild memory problems, who also have early signs of Alzheimer’s disease on a brain scan or a lumbar puncture test,” explained Dr Doug Brown, Director of Research at Alzheimer’s Society.

“This group of people don’t benefit from Alzheimer’s drugs, so this drink is one option to consider alongside regular exercise, avoiding smoking and eating a healthy, balanced diet to keep their memory sharp.

“This trial of Souvenaid did not meet the success criteria that would be needed for developing new drugs so we cannot be confident of the drink’s benefits.

“Although there was less cognitive decline in people taking the daily drink over two years, the same number of people still went on to develop dementia as those who had a fake drink every day.

“We certainly can’t conclude that the drink slows progression of Alzheimer’s disease.

“People who are worried about their memory should not rush out and buy this drink without first talking to their doctor to find out if it could be suitable for them.

“There are many causes of memory decline, including normal ageing, so it’s important people are investigated for underlying Alzheimer’s disease before taking this medical drink, or any kind of treatment.”