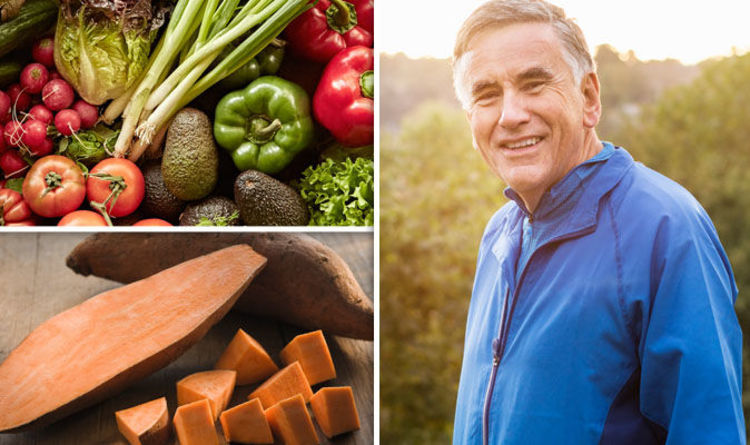 Dementia is the name given to a group of symptoms linked to a decline of brain function.

Signs of dementia include memory loss, confusion and difficulty following a conversation.

Eating a healthy, balanced diet could help to prevent dementia from developing, according to the NHS.

The Mediterranean diet and the DASH (Dietary Approaches to Stop Hypertension) could lower the risk of dementia, but what is the traditional Okinawan diet?

“No single food is key to good brain health, but rather a combination of healthy foods is likely to help protect the brain,” said the Global Council on Brain Health (GCBH), in its latest Brain Food report.

“Improvements in your diet can help your brain health and lower your risks of cognitive decline whenever you decide to start.”

“Instead, it’s best to choose a variety of fruits and vegetables and healthy grains, and swap butter and red meats for more olive oil and omega-3 rich fish.”

The Okinawan diet is based on the eating habits of the indigenous people of the Ryukyu Islands in Japan, the GCBH said.

Their lifespan is “exceptional”, which could be caused by their diet.

Yellow, green and orange vegetables form a large part of the diet, including soy and legume.

The diet features a large amount of sweet potatoes. They eat less fish and rice than other parts of Japan, GCBH said.

“They also eat until they are 80 per cent full in order not to overeat, a practice called hara hachi bu,” it added.

You could also lower your risk of dementia by maintaining a healthy weight, the NHS said.

Exercising regularly could cut your risk of developing a neurodegenerative condition, it added.