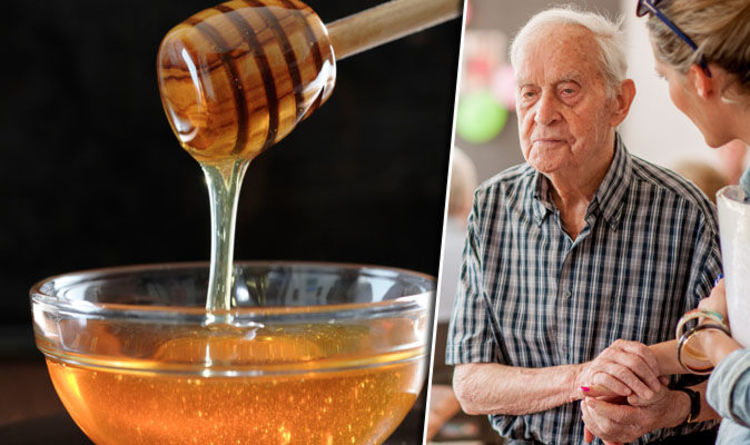 Although high in sugar, honey could prevent neuroinflammation in the hippocampus section of the brain – part of the brain that’s directly involved in spatial memory.

It was also claimed that honey has a positive effect in treating a number of cancers, and also helped to reduce symptoms of Irritable Bowel Syndrome.

Researchers carried out a five-year study, running until 2008, assessing how honey could impact neurological conditions.

Half of the near 3,000 participants ate a daily dose of honey.

By the end of the five-years, 489 people had developed dementia.

Meanwhile, a 2014 study revealed honey was rich in polyphenols – a group of beneficial natural compounds.

Polyphenols could improve memory loss, and also reduce inflammation in the brain.

This inflammation has been linked to Alzheimer’s disease.

Other benefits of honey include its strong antibacterial properties, and its ability to help combat the MRSA superbug.

Research claimed Manuka honey – honey made in New Zealand by bees that pollinate the manuka bush – could help antibiotics to be more effective, and even reverse, antibiotic resistance.

It can also be used to to treat strep throat – an infection caused by an inflamed throat.

Manuka honey could stop the bacteria which causes the infection to grow.