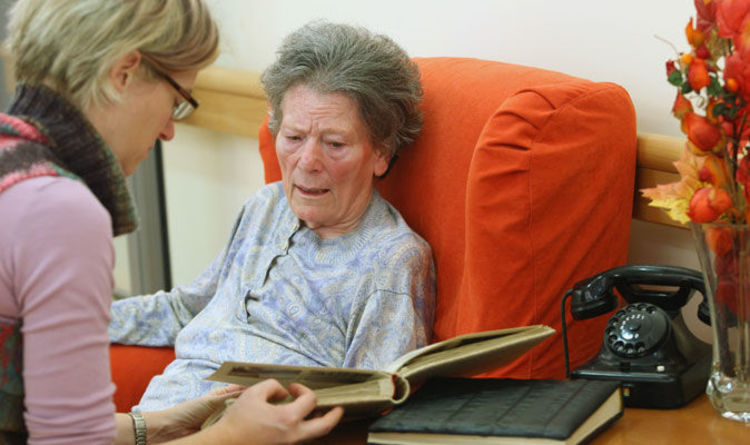 And the warning signs could help doctors prescribe preventative steps which might be as simple as taking regular aspirin.

Researchers claim people who have indicators in their blood of inflammations in their 40s and 50s may have more brain shrinkage decades later.

Scientists have found a link between cell loss caused by shrinkage and the dementia disease.

The cell loss was found in areas of the brain specifically subject to Alzheimer’s, which now affects more than 500,000 people in the UK.

Study author Keenan Walker, of Johns Hopkins University School of Medicine in Baltimore, said: “These results suggest inflammation in midlife may be an early contributor to the brain changes that are associated with Alzheimer’s and other forms of dementia.

“Because the processes that lead to brain cell loss begin decades before people start showing any symptoms it is vital we figure out how these processes that happen in middle age affect people many years later.”

Professor Sir Peter Lachmann, Emeritus Professor of Immunology at Cambridge, said: “The findings would support the views that anti-inflammatory medicines such as aspirin and avoidance of smoking might delay the onset of dementia.”

The latest research, published by the American Academy of Neurology, involved tests on the levels of five markers of inflammation in the blood in 1,633 people with a typical age of 53.