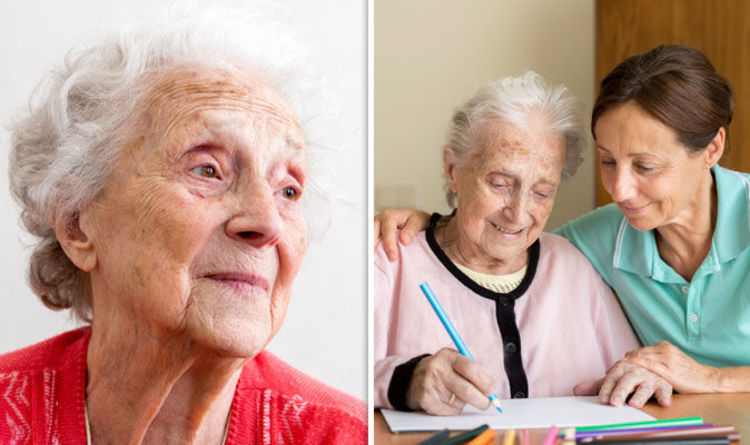 New research suggests talking about personal interests helps reduce agitation and aggression in those living with the incurable condition.

It comes as alarming statistics reveal most care home residents enjoy as little 120 seconds of social interaction each day.

The research, led by the University of Exeter, King’s College, London, and Oxford Health NHS Foundation Trust, is the latest to lay bare the devastating impact of isolation in the elderly.

“We have previously found the average amount of social interaction for people with dementia was just two minutes a day. It’s hardly surprising when that has a knock-on effect on quality of life and agitation. We must roll out approaches that work to do justice to some of the most vulnerable people in society.”

He added: “Incredibly, of 170 carer training manuals available on the market, only four are based on evidence that they really work. That is simply not good enough – it has to change.”

Two care champions at each home were trained to talk to residents about their interests and decisions around their own care. Researchers found that combined with just one hour a week of social interaction, it improved quality of life and reduced distress. The approach also saved money compared to standard care.

Experts now want to see the programme rolled out in all 28,000 care homes in the UK to benefit the lives of the 300,000 people living with dementia in these facilities.

Dr Jane Fossey, from the Oxford Health NHS Foundation Trust, said: “Taking a person-centred approach is about getting to know each resident as an individual – their interests and preferences – and reflecting these in all aspects of care.

“We’ve shown that this approach significantly reduces agitation and saves money. Rolling out the training nationwide could benefit many other people.”

Dr Doug Brown, of Alzheimer’s Society, added: “This study shows that training to provide this type of individualised care, activities and social interactions can have a significant impact of the well-being of people living with dementia in care homes. It also shows that this kind of effective care can reduce costs, which the stretched social care system desperately needs.”

Last month Tory MP Tracey Crouch was made the Government’s new Minister for Loneliness to combat the growing problem of isolation among Britain’s elderly.

And yesterday <> The Silver Line, Britain’s only free, 24-hour, helpline for lonely and isolated older people, revealed that December was the busiest month in its history.

The charity, set up by veteran TV presenter and older people’s champion Esther Rantzen, received 47,318 calls – a 10 per cent rise on the same time in 2016 – with the majority coming between Christmas Eve and New Year’s Day.

Chief executive Sophie Andrews, said: “While we recognise it is an issue which cuts across all demographics, the experience of loneliness changes with age. Older people are in the main more vulnerable: the proud, stiff upper lip ‘silver generation’ are more reticent to talk about their feelings and experiences in the first place, but also generally less able to change their situation – be that due to a lack of transport or frail health – so that their own front door becomes a barrier rather than a pathway to the outside world.”