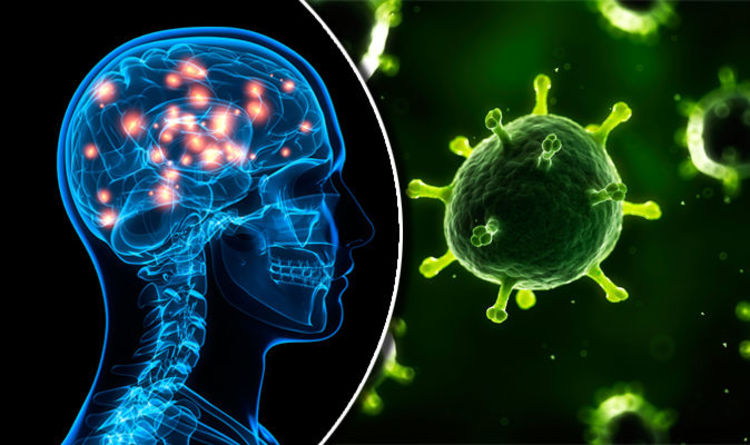 Dementia – and its most common form, Alzheimer’s disease – are on the rise, with over a million sufferers predicted in the UK by 2025.

Scientists now know that the neurodegenerative disease is caused by gradual death of brain cells.

While a cure is still to be found, it is thought clearing dementia-causing plaques and tangles from the brain could be the answer – and our exposure to viruses and toxins may have something to do with it.

A new study by Boston University in the United States has found that reducing levels of ‘stress granules’ may help fight the disease, and the discovery has been hailed as a “new chapter” in Alzheimer’s research.

These ‘stress granules’ are blobs of molecules called RNA that are caused when our cells are exposed to viruses, toxins and heat.

While stress may seem to have a more obvious effect that triggers muscles to tense, heart rate to speed up and blushing, cells can become ‘stressed’ too and this could affect long-term health.

Researchers found that lowering levels of ‘stress granules’ in mice altered the type and amount of clumping in the brain of tau – a protein that causes Alzheimer’s when it becomes defective and tangles around the nerve cells.

By reducing ‘stress granules’, they were able to increase life span and boost memory in mice.

Scientists believe the new findings could provide a better understanding of Alzheimer’s, and possibly lead to a future cure.

“This is a pretty big new chapter in the study of Alzheimer’s disease,” said Professor Benjamin Wolozin, senior study author from Boston University.

“But there’s this whole other pathway that you can really go in and start drugging.”

The researchers explained that when a cell is met with stress, it stops doing all unnecessary activities so it can focus on dealing with the stress.

To do this, the cell gathers RNA – which does all the non-essential work of a cell – into ‘stress granules’ for safe-keeping, and it will then revisit them once the stress has passed.

However, sometimes they’re forgotten about and in people who have Alzheimer’s the ‘stress granules’ have been left untouched and can be found in the tau tangles of patients.

Researchers are hopeful what has been shown in mice will translate to humans.