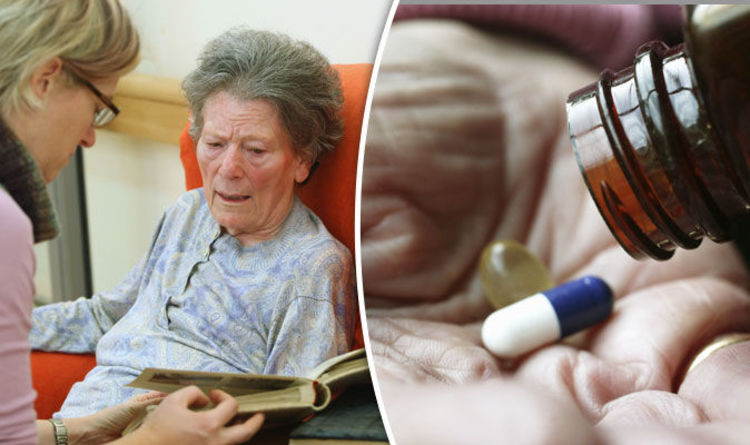 A study across eight European countries including England showed 60 per cent had been wrongly prescribed at least one drug, while more than a quarter had been given at least two.

The most commonly prescribed “inappropriate” drugs were sedatives and antipsychotics which are calming but are linked to fall-related injuries as they cause drowsiness, confusion, dizziness and vision problems.

The findings have fuelled fears that elderly people are over-medicated, increasing the risk of heart attacks, strokes and falls.

Former health minister Professor Paul Burstow said: “With different doctors prescribing at different times it is essential that as the pills stack up they aren’t doing more harm than good.

“Every time a new drug is prescribed there needs to be a careful look at whether the cocktail is safe or appropriate. Some of the drugs prescribed cut lives short.”

And medication expert Martin Wilson said: “We have lots of mechanisms for starting elderly people on medications but not for reviewing ongoing need and stopping them.

“Antipsychotics are often used to sedate people who are in fact in the wrong environment, with the wrong sort of care and support but they are used because the right sort of care is not available.

“This is an increasing problem as the number of dementia diagnoses goes up and care homes are increasingly facing situations they cannot deal with.”

Dr Mark Holland, elderly care expert at the University of South Manchester, said: “This is a huge problem. We frequently see people come in with injuries that could easily be related to medications they no longer need.”

The study, in the Journal of Age and Ageing, revealed the most at risk are dementia patients aged 80 or older living in long-term care homes.

The Alzheimer’s Society says antipsychotic drugs do not work in half of dementia patients prescribed them.

In 2008 an all-party parliamentary group concluded that over-prescription of antipsychotics in institutions was signifi cant, despite having limited benefi t and side-effects, particularly when prescribed for long periods.

A separate study, led by Cambridge University, found the number of over 65s prescribed more than fi ve drugs has quadrupled in 20 years.

It said the changes were partly due to a system introduced by Labour in which GPs get bonuses for prescribing drugs.

Some patients are on 23 different treatments daily.