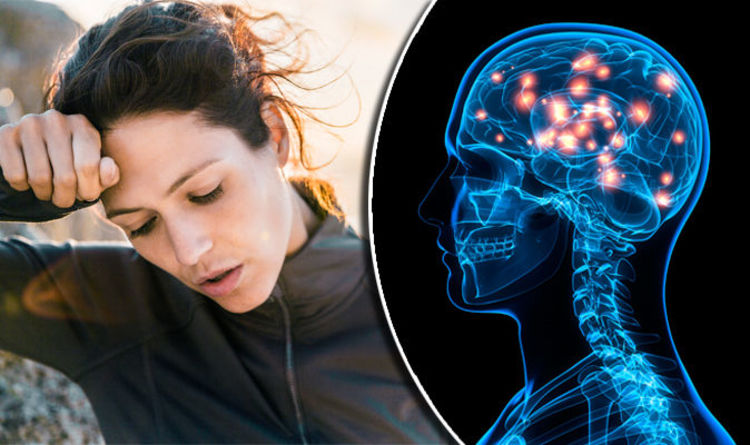 Dementia affects 850,000 people in the UK, and alzheimer’s disease is its most common type.

Disproportionately more women tend to suffer from the condition, and in the past this has been attributed to the fact they tend to live longer than men.

In the UK it is the leading cause of death in women, but comes second for men after heart disease.

However, new research has revealed that it’s not higher life expectancy, but the menopause, that is the reason why.

A study published in PLOS One showed that the menopause causes changes in the brain that could increase risk of Alzheimer’s disease.

The menopause is when a woman stops having periods and is no longer able to have children naturally, and it tends to happen after the age of 40 years.

Researchers have attributed this to why more women suffer from Alzheimer’s than men.

This is even when it is taken into account that women tend to live longer – in the UK they reach on average 82.8 years compared to 79.1 years in men.

The scientists suggest that the findings could lead to the development of tests which screen for changes in the brain.

“This study suggests there may be a critical window of opportunity, when women are in their 40s and 50s, to detect metabolic signs of higher Alzheimer’s risk and apply strategies to reduce that risk,” said lead author Dr Lisa Mosconi, from Weill Cornell Medicine.

The researchers found that women who had undergone the menopause had markedly lower levels of glucose metabolism in several key brain regions than those who were pre-menopausal.

Low levels of  glucose metabolism have been found by previous studies to be linked to the earliest stages of Alzheimer’s.

“It also means the loss of a key neuro-protective element in the female brain and a higher vulnerability to brain ageing and Alzheimer’s disease.

“We urgently need to address these problems because, currently, 850 million women worldwide are entering or have entered menopause.

“Our studies demonstrate that women need medical attention in their 40s, well in advance of any endocrine or neurological symptoms.”