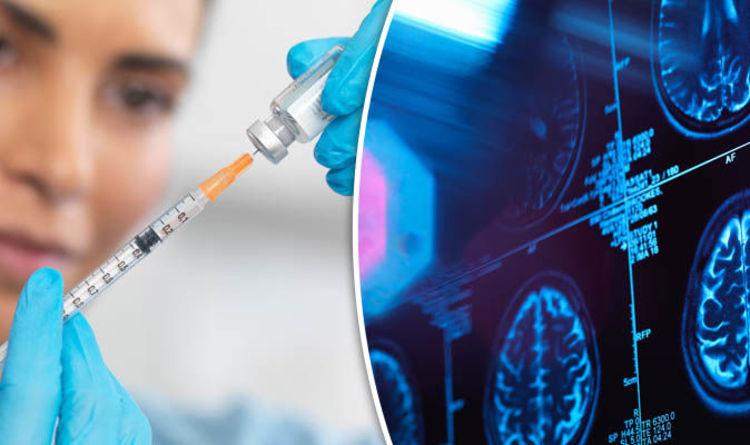 British researchers have combined the tetanus vaccine with a viral particle that usually affects cucumbers, forming a compound that stimulates the immune system.

Tests have both helped treat diseases like psoriasis and some allergies, while also raising antibody levels believed to help prevent forms of dementia including Alzheimer’s.

Scientists are set to begin human trials of the vaccine, having received regulatory approval.

They believe the study could help spare hundreds of thousands of people from the ravages of chronic disease.

They then incorporated a protein derived from the tetanus vaccine that is known to stimulate the body’s immune system.

It is believed the new vaccine will be effective against many chronic diseases including psoriasis and Alzheimer’s.

“The fact that the vaccine described here is optimised for old individuals seems therefore particularly helpful.”

As well as being preventative the vaccine can be therapeutic, meaning it can cure a disease such as psoriasis after it has already been established.

Antibodies for psoriasis currently need to be injected at least once a month and cost about £10,000 a year.

A vaccine could offer a much more affordable treatment.

Dr Foerster said: “The idea is pretty simple – by creating a vaccine that stimulates us to make antibodies… we can replace the need for frequent and expensive injections and make this type of treatment much more affordable and accessible to patients.”

The paper has been published in the journal Nature Vaccines.