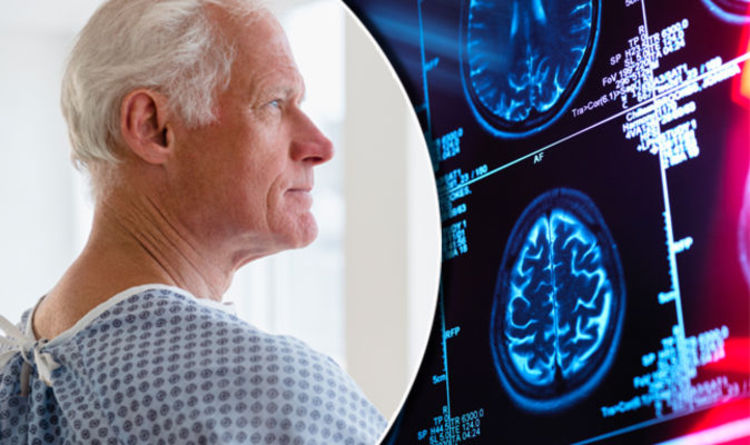 Researchers are calling for a change in how a major dementia symptom is treated.

Scientists from the University of Exeter have found that current treatment for psychosis – experienced by the majority of Alzheimer’s disease sufferers – is causing thousands of unnecessary deaths.

Psychosis is a mental health condition where people perceive or interpret things differently from those around them.

This may involve hallucinations or delusions, according to the NHS.

It is estimated up to two-thirds of people with Alzheimer’s disease have it, and they are often prescribed antipsychotics.

However, the researchers have discovered that as well as having little success in alleviating symptoms, they have devastating side-effects.

They are calling for alternative ways to treat patients with psychotic symptoms, who already suffer from faster cognitive and functional decline and accelerated death rates.

Psychosis and other neuropsychiatric symptoms – like agitation, apathy, depression and sleep disturbances – are often some of the first symptoms of dementia.

Despite causing substantial distress, they are often not recognised as a warning sign.

As well as Alzheimer’s disease, those with other types of dementia, including Parkinson’s disease and Lewy body dementia, often suffer psychosis too.

The researchers are also exploring new ways to treat neuropsychiatric symptoms of dementia.

“We have been stuck in this damaging cycle of prescribing antipsychotics for people with dementia, despite the fact that there are minimal benefits and lots of harms as a result,” said Professor Clive Ballard, from the University of Exeter.

“We now urgently need new drugs and new non-drug interventions, so we can improve treatment of these distressing symptoms to millions of people worldwide.

“At Exeter we are already developing specific psychological therapies,  running clinical trials of novel drug approaches and  using cutting-edge genetic techniques to identify new targets for safe and effective therapies and to allow us to use current treatments in a more focused way.”

Other symptoms of dementia include memory loss and problems thinking, according to the NHS.