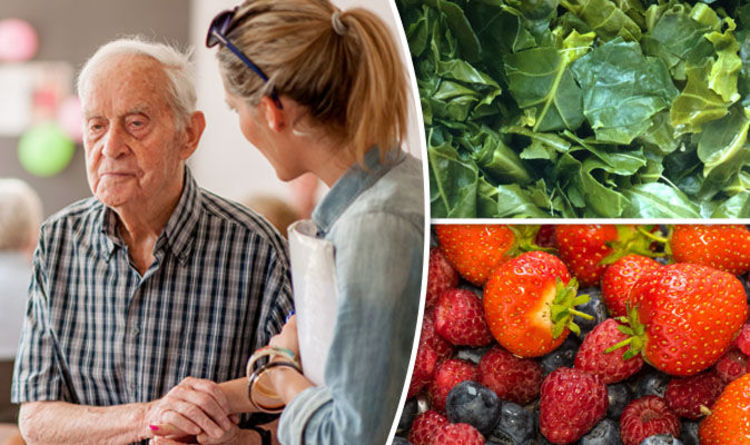 Dementia and cognitive decline could be prevented by following the MIND diet (Mediterranean-DASH Intervention for Neurodegenerative Delay).

It combines the Mediterranean diet with the Dietary Approaches to Stop Hypertension (DASH) diet.

There were 10 foods to eat on the MIND diet, and five foods to avoid. There’s no set guidelines for the diet – just eat more of the ‘good’ foods, and eat less of the ‘bad’ foods.

“Many experts regard the Mediterranean and DASH diets as some of the healthiest,” said Dr Keith Pearson.

He wrote on Healthline: “Research has shown they can lower blood pressure, and reduce the risk of heart disease, diabetes, and several other diseases.

“But, researchers wanted to create a diet specifically to help improve brain function and prevent dementia.

“To do this, they combined foods from the Mediterranean and DASH diets that had been shown to benefit brain health.”

The diet’s validity was tested by scientists in 2015.

One US study of 923 people claimed the diet reduced the number of Alzheimer’s disease cases. Another, both from Rush University, Chicago, found the diet slowed cognitive decline.

Foods to eat on the MIND diet were at least six portions of leafy green vegetables, and at least one other type of vegetable everyday.

Olive oil should be used as the main cooking oil, the diet advised.

Meanwhile, avoid eating any more than one tablespoon of butter or margarine daily.

Only eat one serving of cheese a week, and no more than three servings of red meat in a week.

Pastries and sweets should be limited to less than four portions a week, while only one serving of fried food a week was ideal.

By 2025, the number of cases was expected to top one million.