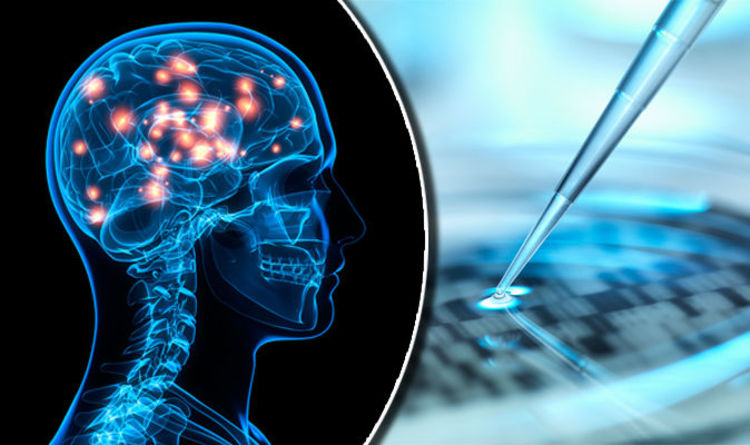 Dementia symptoms – such as memory loss and problems thinking – can be debilitating, but there is currently no cure for the condition.

However, researchers may have identified a gene that could provide the key to effective treatment for Alzheimer’s disease.

This is the most common form of dementia, which affects 850,000 people in the UK.

A study, published in the journal Nature, revealed that people with a variation of the ApoE4 gene were 12 times more likely to develop Alzheimer’s disease.

The ApoE gene helps to move cholesterol around the body, however, researchers suspected it could be linked to Alzheimer’s and other brain diseases.

They studied the effect of the gene on a protein in the brain called tau.

Tau is a protein which stabilises the structure within the nerve cells that the cells need to carry substances, divide and use for support.

However, if these proteins become defective they can cause Alzheimer’s.

“What we found was that when ApoE is there, it amplifies the toxic function of tau, which means that if we can reduce ApoE levels we may be able to stop the disease process.”

When ApoE was there, it triggered an immune system reaction to tau that appeared to cause damage.

In tests they looked at 79 people who had died from Alzheimer’s and discovered  people with the ApoE4 gene variant had more brain damage than those without.

However, when the ApoE was not there, tangled clumps of the tau protein were much less harmful to brain cells.

This mean that reducing the influence of ApoE could lead to a future Alzheimer’s treatment.

Researchers believe that cutting down on ApoE levels in the brain might slow or block the process of neurodegeneration – or progressive loss of brain function.

This is the first time a study had tried targeting ApoE, whereas in previous research the focus has been on amyloid beta and tau protein build-ups in the brain

“Assuming that our findings are replicated by others, I think that reducing ApoE in the brain in people who are in the earliest stages of disease could prevent further neurodegeneration,” said Holtzman.