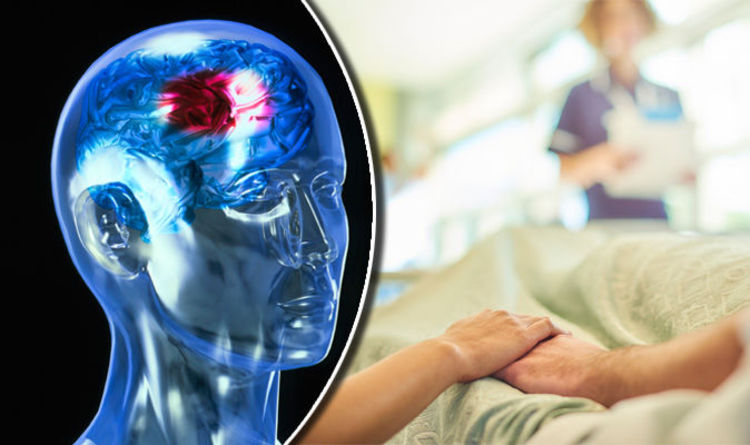 Dementia is caused when the brain is damaged by diseases, which can greatly impact quality of life and even prove deadly.

Research has revealed a significant link between stroke and dementia.

Earlier this new figures showed that one in three stroke sufferers will develop dementia within five years.

More worrying still, one in ten will experience brain decline within 12 months.

This means that 33,000 stroke survivors will suffer from the condition.

Around 75 per cent of this group will be diagnosed with vascular dementia.

There are over a hundred different types, including vascular dementia.

This is the second most common type of dementia after Alzheimer’s disease.

It is caused by reduced blood flow to the brain.

Symptoms include slowness of thought, difficulty with planning and understanding, and problems with concentration.

Sufferers can also feel disoriented and confused, and have difficulty walking and keeping balance.

Signs tend to get worse over time and can it can significantly shorten life expectancy.

Experts are so concerned about the findings that three of Britain’s biggest charities to join forces and fund a research programme.

Professor Joanna Wardlaw, of Edinburgh University, said: “By comparing those who develop vascular dementia after stroke with those who don’t we hope to find out what causes it and find a way to prevent it.”