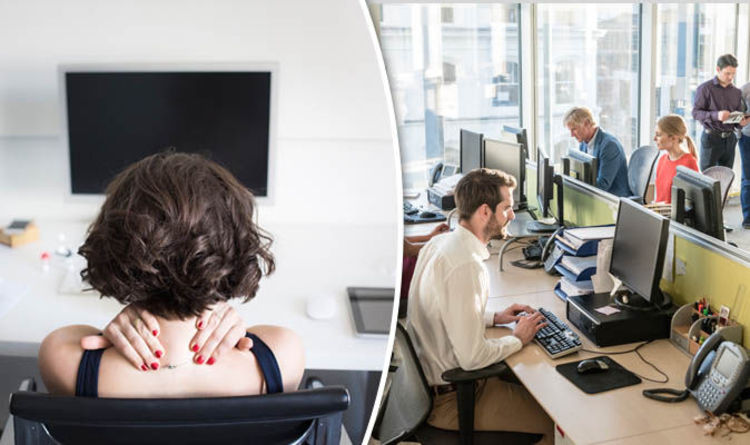 A study of almost 8,000 people found those who sat for long periods were up to twice as likely to die over the next four years.

Regularly sitting for one to two hours at a time can be deadly – regardless of exercise.

Those who kept their sitting bouts to less than 30 minutes had the lowest risk of death. Dr Keith Diaz, of Columbia University in New York, said: “If you have a lifestyle where you have to sit for prolonged periods, a movement break every half hour could reduce your risk of death.”

Last year a study by Cambridge University found one in six deaths in the UK – 90,000 a year – was caused by nine-to-five office lifestyles, mostly from heart disease, strokes, cancer, Type 2 diabetes and dementia, making it as deadly as smoking and more so than obesity.

It estimated 37 per cent of British adults spend less than 30 minutes a day on their feet.

The latest findings, in the journal Annals Of Internal Medicine, were from a study of 7,985 adults over 45, said Dr Diaz.

They wore monitors on the hip to record activity levels. Over an average follow-up period of four years, 340 died.

On average, sedentary behaviour accounted for 77 per cent of the participants’ waking hours, more than 12 hours per day.

Those who sat more than 13 hours per day and for at least 60 to 90 consecutive minutes had a nearly two-fold increase risk of death.

Researchers found those with sitting bouts of under 30 minutes had the lowest risk.

The study was the largest to link objectively measured sedentary time and sedentary patterns with mortality risk.

Dr Diaz said using activity monitors rather than self-reported activity gave scientists much more confidence in such behaviour being linked to deaths.