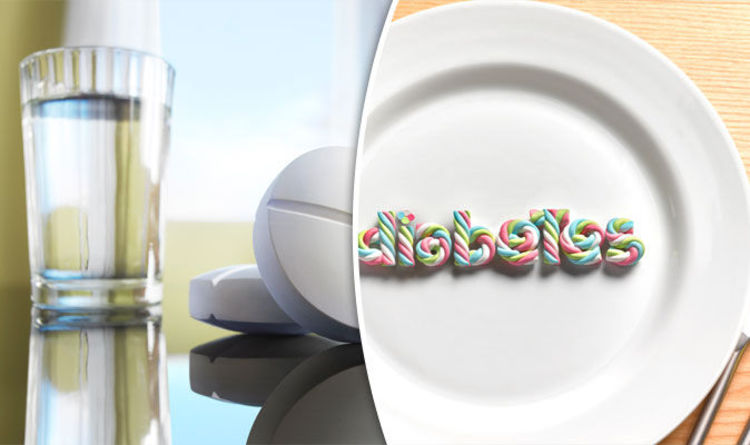 Cardiovascular disease, or CVD, is the leading cause of illness and death in people with type 2 diabetes.

Aspirin is the ‘gold standard’ anti clotting therapy and guidelines usually recommend a once-daily dose for the prevention of CVD.

It works by reducing platelet aggregation – making blood platelets, cells which foster clotting, less likely to form clots – that can lead to a stroke or heart attack.

But aspirin has a very short half-life, and studies suggest that a once-daily aspirin regimen does not fully inhibit platelet function when platelet turnover is increased, as seen in people with type 2 diabetes.

Doctor Liv Vernstroem and colleagues from Aarhus University Hospital in Denmark investigated whether the effect of aspirin declines during the 24-hour dosing interval in 21 people with type two diabetes without CVD, and sex-matched healthy controls after a week of low-dose aspirin treatment.

They also looked at whether patients with type two diabetes had increased platelet turnover compared to the control group.

Blood samples were taken at the start of the study and one hour after intake of 75mg of aspirin to determine how the participants’ platelet function responded acutely to aspirin and evaluate platelet aggregation levels prior to aspirin treatment.

The participants were then treated for six days with once-daily aspirin, and blood samples were repeated one hour and 24 hours after intake of aspirin to compare platelet aggregation levels during the dosing interval.

The researchers found that aspirin-treated patients with type two diabetes without a history of CVD had a time-dependent increase in platelet aggregation through the standard 24-hour dosing interval. This was also observed in the control group.

The researchers said that meant that the ability of aspirin to inhibit platelet aggregation, and thus prevent CVD by stopping clots forming, had declined during the dosing interval when aspirin was only ingested once daily.

Dr Vernstroem said that since patients with type 2 diabetes have an increased risk of CVD an anti-platelet treatment that covers the entire dosing interval should be preferred, and perhaps a twice daily dosing of aspirin could be more effective.

The researchers also discovered that, before the trial, patients with type 2 diabetes who had not been taking aspirin had increased platelet aggregation compared to healthy controls.

They said that indicates that platelets from patients with type 2 diabetes have an increased haemostatic potential – an increased ability to form clots, perhaps increasing the risk of CVD.

Dr Vernstroem said: “Given that platelets in people with diabetes are characterised by increased aggregation and increased turnover rates, our study indicates that patients with type 2 diabetes may achieve additional benefit from twice daily rather than once daily dosing of aspirin.”

Dr Vernstroem added: “Large-scale clinical outcome trials are needed to confirm the safety and efficacy of this approach.”

The findings were presented at the European Association for the Study of Diabetes (EASD) annual meeting in Lisbon, Portugal.