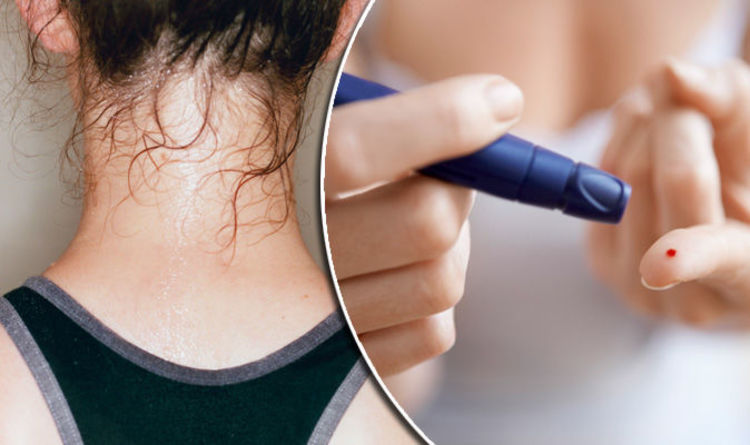 Diabetes affects one in 16 people in the UK, but sufferers can avoid risk of dangerous complications – such as kidney and nerve damage – the sooner it is caught.

Early signs include increased thirst and urination, however scientists have uncovered another early symptom of the condition.

A new study, published in the journal Menopause, has revealed that hot flushes could indicate risk of developing diabetes.

Hot flushes – also known as flashes – are one of the main symptoms of the menopause – the natural part of a woman’s ageing process, usually during the ages of 45 and 55, when her oestrogen levels decline.

Researchers believe how severe and how long these hot flushes in women last for could indicate the risk of them developing diabetes.

If they are accompanied by night sweats, the risk is even greater.

Previous research has linked them to an increased risk of serious health problems, such as heart disease.

Additionally, another recent study published in the journal PLOS One showed that the menopause was the reason women are more likely to suffer from Alzheimer’s disease.

The study authors looked at the data of 150,000 postmenopausal women to establish a link.

Having a hot flush was associated with an 18 per cent increased risk of diabetes, regardless of severity or duration.

However, the likelihood a woman will suffer rises if her hot flushes are more severe or last longer.

These findings are particularly important since, compared to men, women with diabetes are more likely to be hospitalised or have a fatal complication.

“This study showed that, after adjustment for obesity and race, women with more severe night sweats, with or without hot flashes, still had a higher risk of diabetes,” said Dr JoAnn Pinkerton, executive director of the North American Menopause Society.

“Menopause is a perfect time to encourage behaviour changes that reduce menopause symptoms, as well as the risk of diabetes and heart disease.