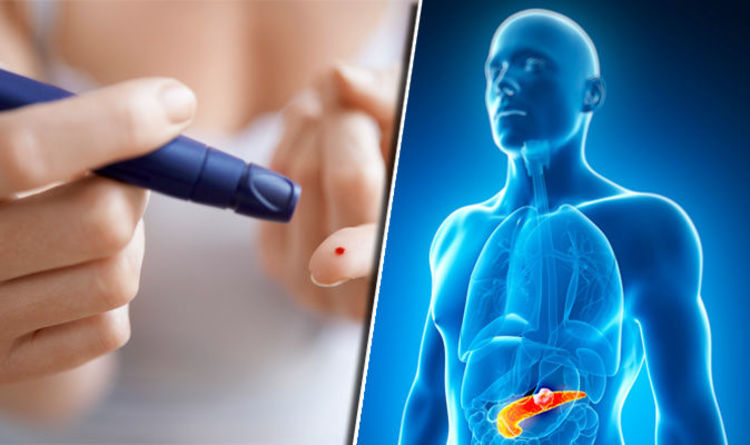 Diabetes sufferers are mostly made up of type 2, with 90 per cent of those diagnosed identified as having it compared to just 10 per cent with type 1.

However, there is a now a third form of the condition – type 3c – and it is commonly being misdiagnosed as type 2.

The University of Surrey discovered that, in adults, type 3c was more common than type 1, which affects 400,000 people in the UK.

Unlike type 3c, the differences between type 1 and type 2 are well known.

The former is where the body’s immune system destroys the insulin producing cells of the pancreas.

In the latter, the pancreas can’t keep up with the insulin demand of the body.

The result of both is that glucose – or sugar – levels can rise too high in the bloodstream, triggering diabetes symptoms such excessive thirst, unexplained weight loss and fatigue.

This stops the pancreas from producing insulin, and also producing proteins needed to digest food and other hormones.

A study by the University of Surrey has found that most cases of type 3c diabetes are being wrongly diagnosed as type 2 diabetes.

Researchers discovered that in a sample of more than two million, just three per cent were correctly identified as having it.

This is important since treatment may be slightly different for those with type 3c.

Previous studies have found that as well as taking insulin, sufferers can also benefit from taking digestive enzymes with food.

Digestive enzymes can be taken as a tablet with meals and snacks.

Researchers have recently become concerned that type 3c diabetes might be much more common than previously thought, with many cases not correctly diagnosed.

For this reason, scientists at the University of Surrey decided to investigate how common type 3c really is.

People can also be diagnosed with prediabetes – the stage before a type 2 diagnosis.